I decided to try my hand at refinishing my Norinco M1911A1 Police model.  I was going to parkerize it, but I'll leave that for another day's experiment.  This time around, I just tried some cold blueing with a $5 kit I bought from Canadian Tire. 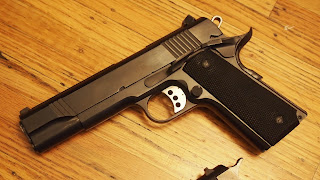 The Made in China and Norinco trademarks were burning a hole in my retina so I went through various grits of sandpaper until they were gone. 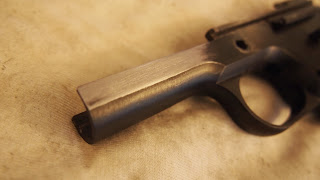 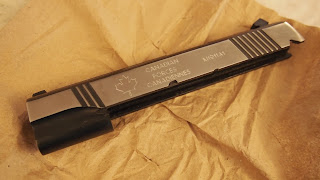 Then I had the slide engraved with something I thought would look a bit better than Norinco. 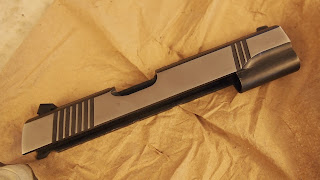 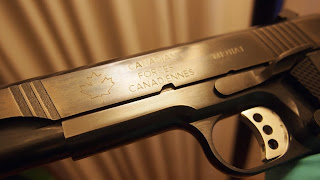 It's kind of hard to tell, but the blueing actually turned out pretty good.  The light is reflecting off it, but it's a lot darker than it appears here, and pretty much matches up with the rest of the pistol. 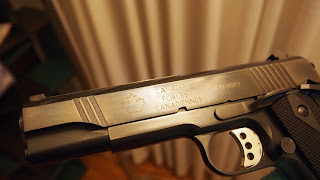 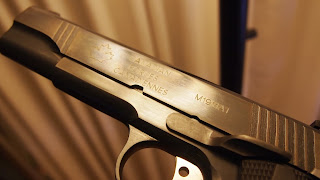 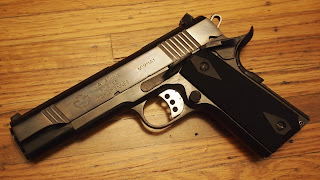 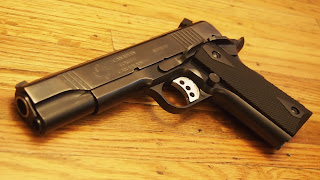