Ho Lee Fuk, what am I doing?  Haha, CGN (Canadiangunnutz.com) and EE (Equipment Exchange) are dangerous places to be, and I'm willing to bet the addiction is bad as crack cocaine.

I've always wanted a lever gun, ever since I was little, when I had dreams of being a cowboy.  Of course, that's never gonna happen, but the nostalgia is still there and there's still definitely some sort of draw towards the western style firearms.

My buddy Jay's had one for a long time now, I've thought about it, but they were always sort of pricy and I figured getting one would just set me back for other things I wanted more at the time.  But now that I've sort of gotten what I wanted - a 1911, an AR, a shotgun, and a long rifle, it was time to start getting the nice-to-have toys.

Of course, that sounds all nice and planned out, but really, it was just me browsing on EE and making a purchase beyond my means, haha! 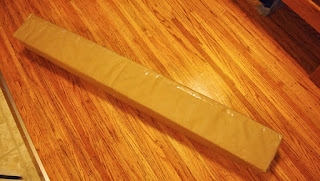 The seller was from Ontario and he was very professional and made sure it was packaged properly, fully insured and sent it off right away. 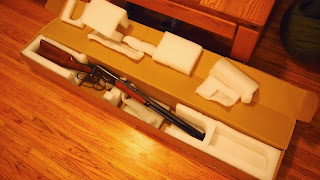 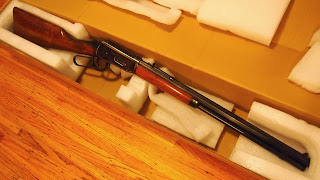 In fact, he packed it so well, it may as well have come from the factory 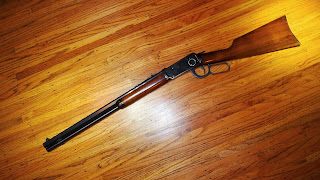 So, I don't really know much about lever guns, let alone this particular model, but from I have learned is that pre-1964 models are more desirable, something to to with the metallurgy of the receiver being alloy post 1964 instead of steel of the pre-1964s.  I have no idea, all I know is I have a cool lever gun, and it feels pretty awesome. 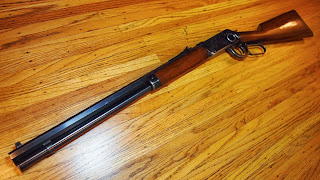 This one happens to be a Canadian Centennial commemorative edition, however, not all that highly prized and sought over, and not all that collectable because apparently Winchester had a habit of making tons of commemorative editions of just about everything.  But still, since this one had Canadian in it, it had a ring of home for me, plus it's furnished with the octagon barrel which seemed like a pretty pricey feature if buying brand new. 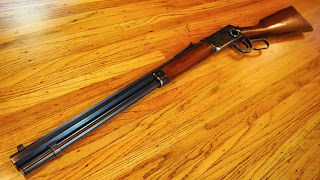 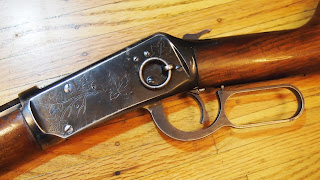 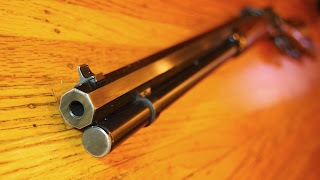 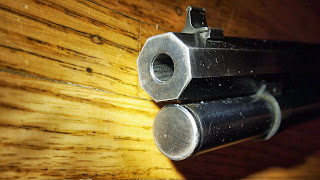 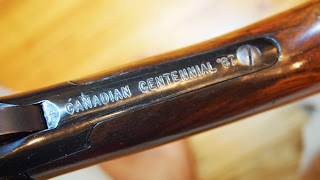 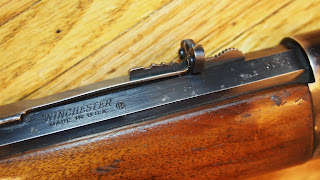 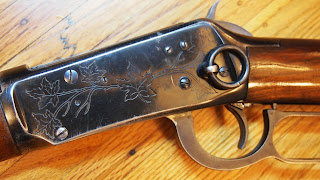 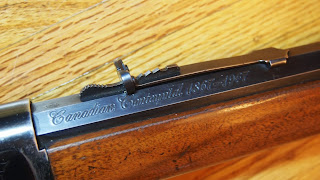 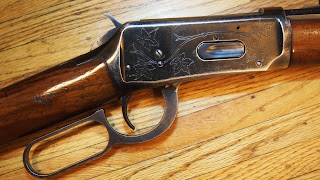 Anyway, this example was a bit older, from 1967, but the action felt smooth and the barrel was bright with good rifling.  I'm a bit intimidated to detail strip it down right now, so I'll wait out on it for now.  Looking forward to taking her out to run a few rounds through
at August 16, 2013