A few more parts showed up the other day, and though I was going to wait until all the parts arrived to start assembly, I couldn't wait. 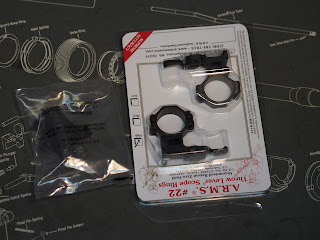 The ARMS #22 high rings in 30mm.  For the price, I think I would have preferred a unitized mount, but the parts list calls for these.  They seem well constructed, and pretty solid.  I've had the ARMS M14 mount as well as a few Surefire mounts in the past, so I'm familiar with their quality. 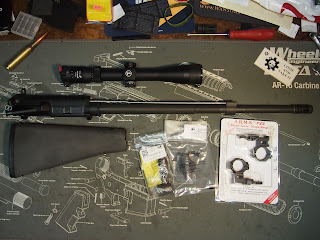 A collection of all the parts I have so far.  Still missing the KAC RAS handguard, the lower and lower parts kit (actually, I have an LPK, just forgot to throw it in for the picture), and the KAC front sight.  I wonder if I'll end up getting the clone-correct barrel and scope one day.... 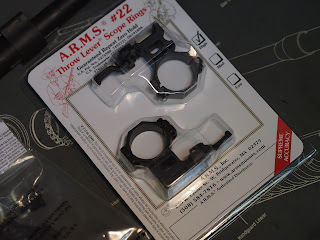 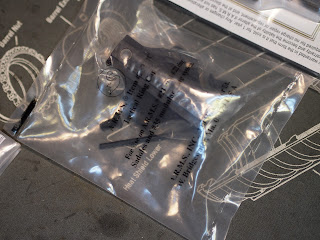 The ARMS #22 tactical ring cap.  The place I sourced it from was actually out of rails, so I may just rig any spare rail I have in my parts bin to fit. 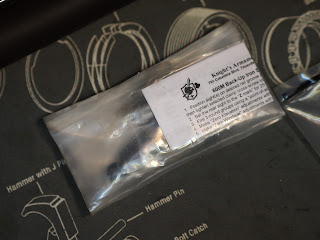 The KAC 600m rear back up sight.  I've had this for ages and never even opened the package until now. 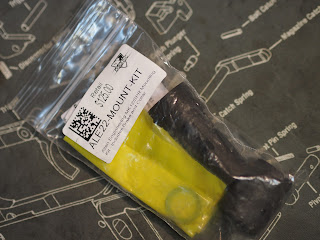 The Allen Engineering brake and collar. 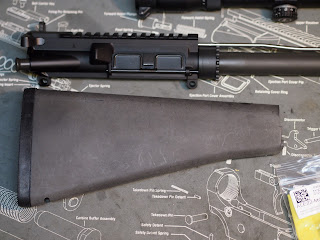 My buddy Hermes gave me this A2 fixed buttstock from his spare parts bin.  It's missing some hardware like the screws and sling loop, so I had to order those in.  Also forgot to take a picture of the rifle length buffer and receiver extension. 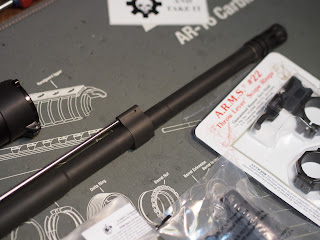 I've still got the A2 birdcage on the barrel, but it's only there as a thread protector.  I probably won't mount the Allen Engineering brake and collar until the KAC hand guard shows up. 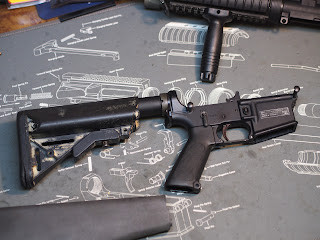 The lower from my Mk18 clone that I'm using for test fit.  The KAC SR-15 stripped lowers still haven't been shipped yet, so the lower build will have to wait.  As a note, the Aero Precision upper is a seamless fit to the Colt LE6920 lower.  There is absolutely no wobble whatsoever, as if the upper and lower were machined together.  I hope that the upper fits the same on the KAC lower when it comes in. 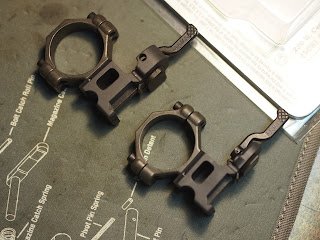 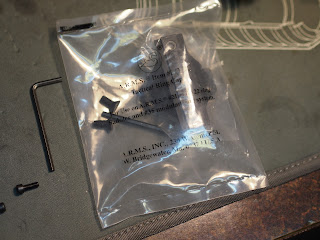 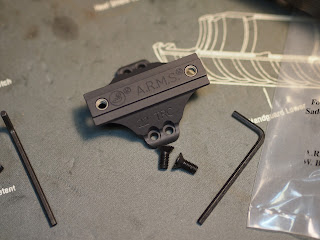 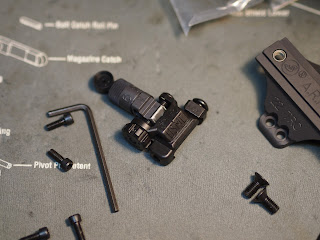 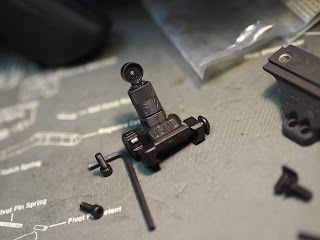 The 600m KAC back up iron sight which may never see any use (along with the uber expensive front sight).  Just very pretty and very expensive decorations on a range toy.  Don't mind me, just grumbling about the price because I'm cheap.  I've actually had to resort to back up iron signs at a 3 gun match last year, so it was definitely better to have them. 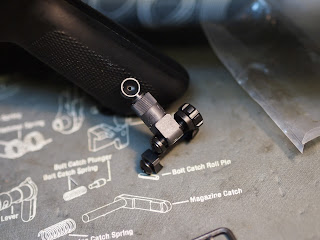 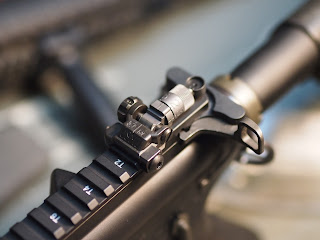 The Badger Ordinance tac latch isn't clone correct, but it was the only charging handle I had in the spare parts bin, so when I get around to it, I'll order a PRI one. 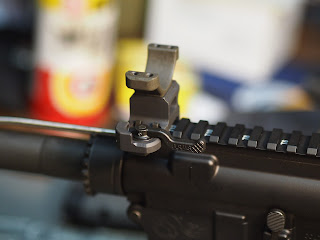 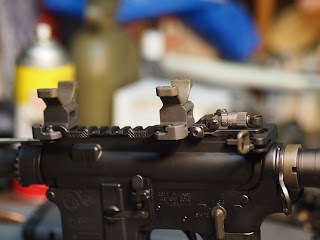 The ARMS #22 rings mount firmly to the rails,  The torque does not appear to be adjustable as with some other manufactures like American Defence Manufacturing, but they don't really need any adjustment and fit perfectly. 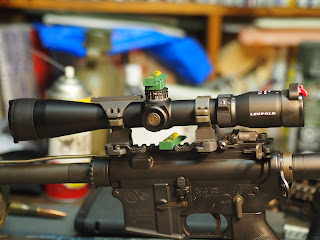 Using the bubble level set I got from my buddy Collin, I tried my best to match the scope to the rifle.  I basically had the barrel (no hand guard yet) sitting on a large beanbag and carefully tightened the screws while watching the bubbles. 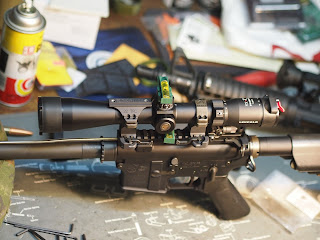 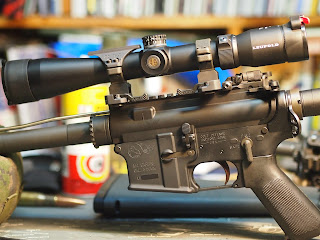 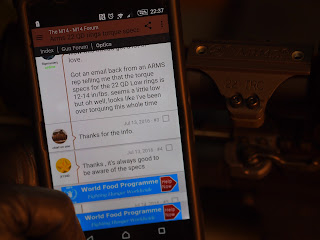 The torque specs for the ARMS #22 ring screws called for 12-14 inch pounds, which seem awfully low compared to other manufactures, but hey, if that's what is called for, then so be it.  Besides, there's not that much recoil anyway, and once torqued to spec, the scope body doesn't seem like it's going to move.

That's it for now, hopefully some more parts show up soon :)