The 102 needs some fine tuning, but it has potential

I had the chance to take the 102 out for a spin, but there were some hiccups.  Mostly failure to eject issues, brass just dribbling out of the ejection port.  I couldn't figure it out because I had virtually the exact same set up as my buddy Alex's rifle, except the BCG.  He's using the factory BCL one, and I'm using my NiB one from Midway USA.  Alex did have some hiccups when he first got his rifle together though.  He was running a carbon barrel for .308, and he was running his rifle dry.  We swapped it to the Ballistic Advantage 6.5cm barrel and oiled the hell out of his BCG and his rifle ran perfectly.  So, basically, we don't know if it was the dry BCG or his carbon barrel, lol!

My pal Hermes had a look at the Midway USA NiB BCG and said it was fine - springs were good in the extractor, and the gas rings looked good.  He suggested the rifle might be under-gassed.

When the rifle did shoot, it seemed to shoot well.  I didn't have the time to shoot groups on paper, but was stacking hits once I got shots on steel.  We had a 6x6 steel plate set up at 100ish and I was able to hit it repeatedly, but I didn't bother trying any further because the FTE issues were haunting me.

Oh yeah, there was also an issue with the ejection port cover. 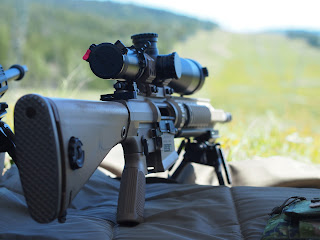 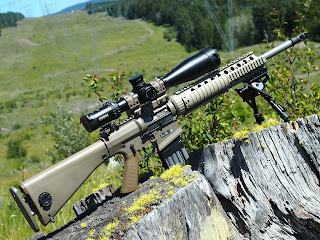 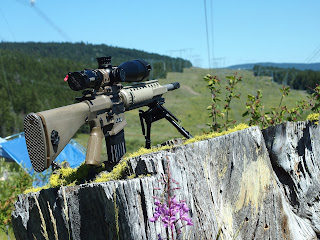 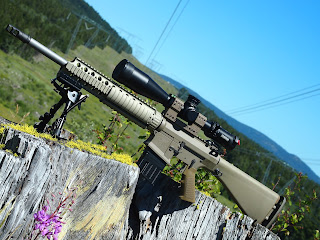 The rifle looked good out there, but it was pissing me off, lol!

I got home and a few days later, decided to strip the thing down and sort it out (I'll post pictures later).  Off came the muzzle brake, hand guard, gas block and gas tube.  I inspected the gas block and it didn't look like gas was escaping it and it looked like it was capturing any gas that was coming out of the has port from the barrel.

Then my pal Hermes suggested that I enlarge the gas port on the barrel.  Since it was not chrome lined, drilling it out should be fine.  Being the expert gun smith that I am, I decided to google it and found this thread:

I didn't have a mill or a proper drill press, but I had a vice and a drill, lol!  I dug around my drill bits and found 1/16th fit perfectly into the hole, then the next size up was 5/64th.  I checked the 5/64th up against the gas block and it was still a bit smaller than the hole in the has block, so I figured it should be safe to go with it.

I threw the 102 upper into my AR15 upper vice block, slid a .30 cal cleaning rod into the bore of the barrel (to make sure I didn't drill all the way through and into the other side of the barrel) and gave the hole a squirt of G96.  I got the drill out and went to town on the gas port. 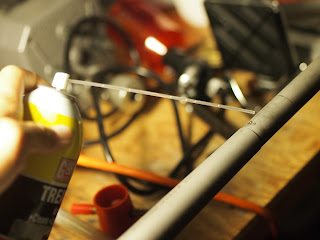 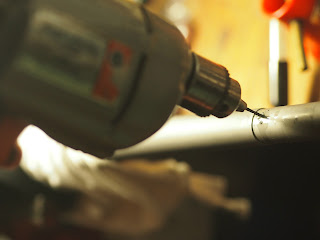 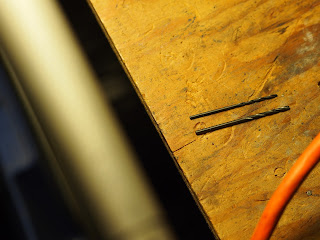 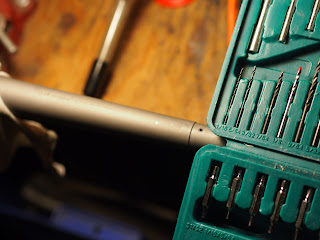 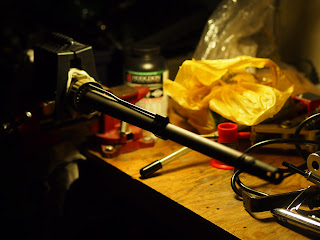 I went with slow RPMs, taking my time watching material being removed, giving it a spray of G96 once in a while, and praying to Crom that I would figure out the Riddle of Steel and not fuck up my barrel.  Once I punched through, I cleaned off the rough edges with the brass cleaning brush and ran a few wet patches through the bore, then a few clean patches.  Let's see if the enlarged gas port resolves the FTE issues.

Anyway, I think I've resolved this issue by straightening one coil from the spring and made it longer so there was more meat to grab onto the receiver, and I also dropped a dab of glue over the pin to capture it.  Let's see what happens.