My M14 has never really had any permanent optics on it, because everytime I buy a new rifle, the M14 surrenders it's glass to the new rifle, or I take whatever is on it and sell it to raise money for another scope.  So I finally decided to get a scope that I couldn't really use for any other rifle, the Millett LRS 6-25x56mm, in ATAC camo, haha!  I've had some really good luck Millett scopes, despite it being made in China and on the entry level end of optics.  That being said, I've tested mine out to 300m very accurately and Millett is owned by Bushnell and comes with Bushnell's lifetime warrantee.

Anyway for some strange reason, the ATAC pattern LRS was cheaper than the plain black one, so I snatched it up and mounted it to my Norinco M14.  The only problem was, and seems to be with all Millett LRS scopes is, the rings that came with the scope are way too damn high.  Yes, they would be perfect if you were to mount it to a flat top so you can clear the 56mm objective, but just way too high for a traditional scope set up. 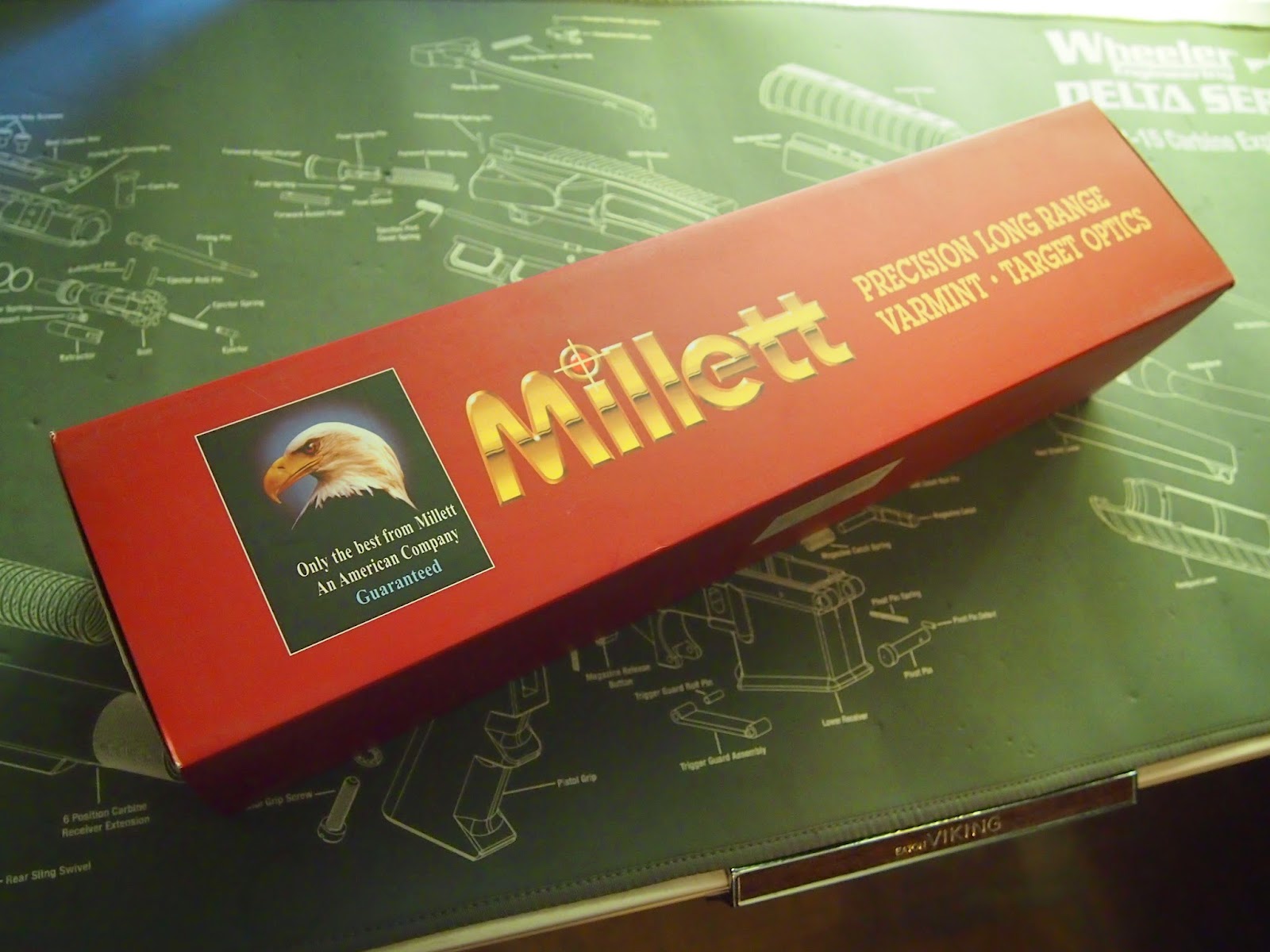 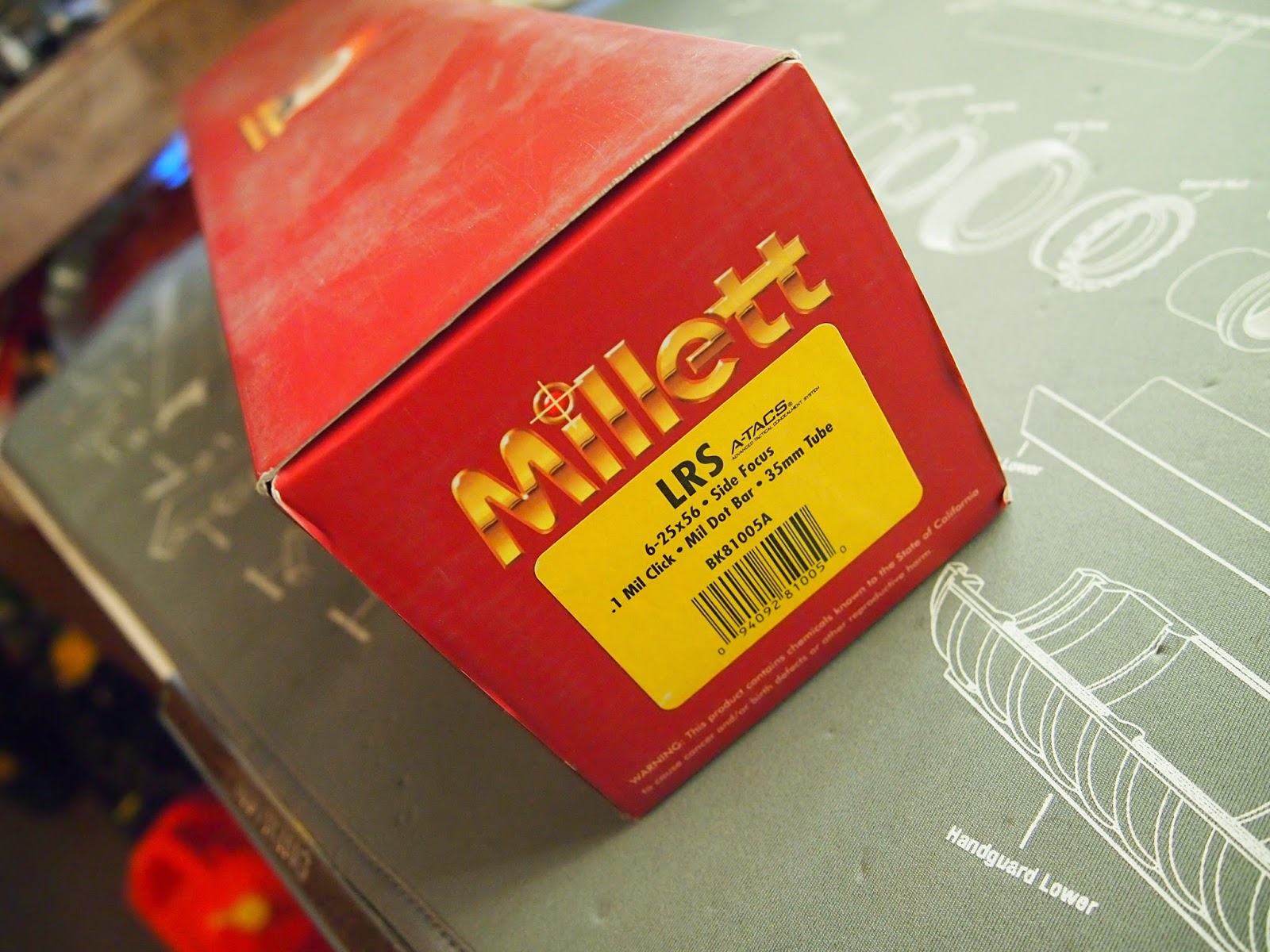 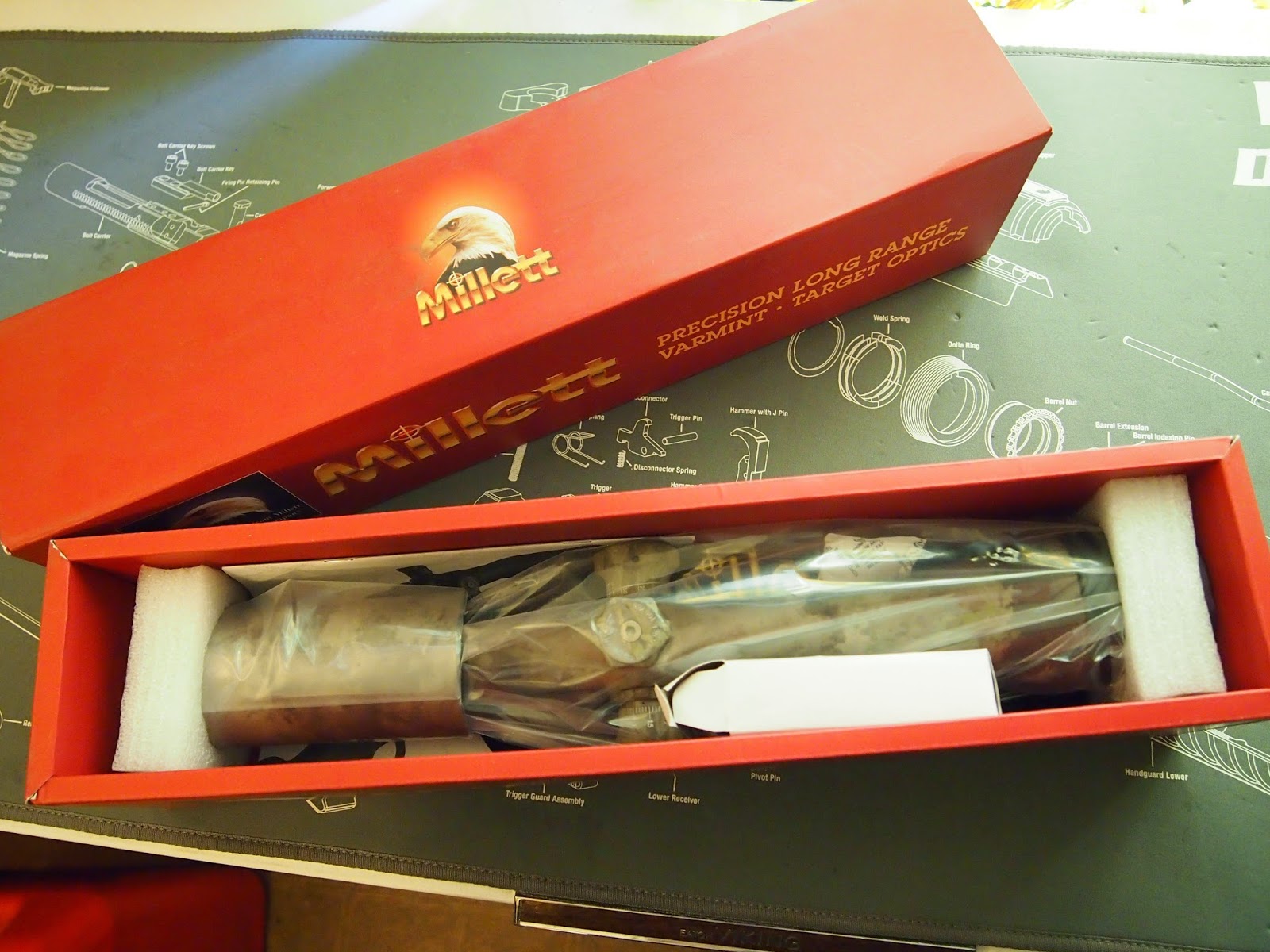 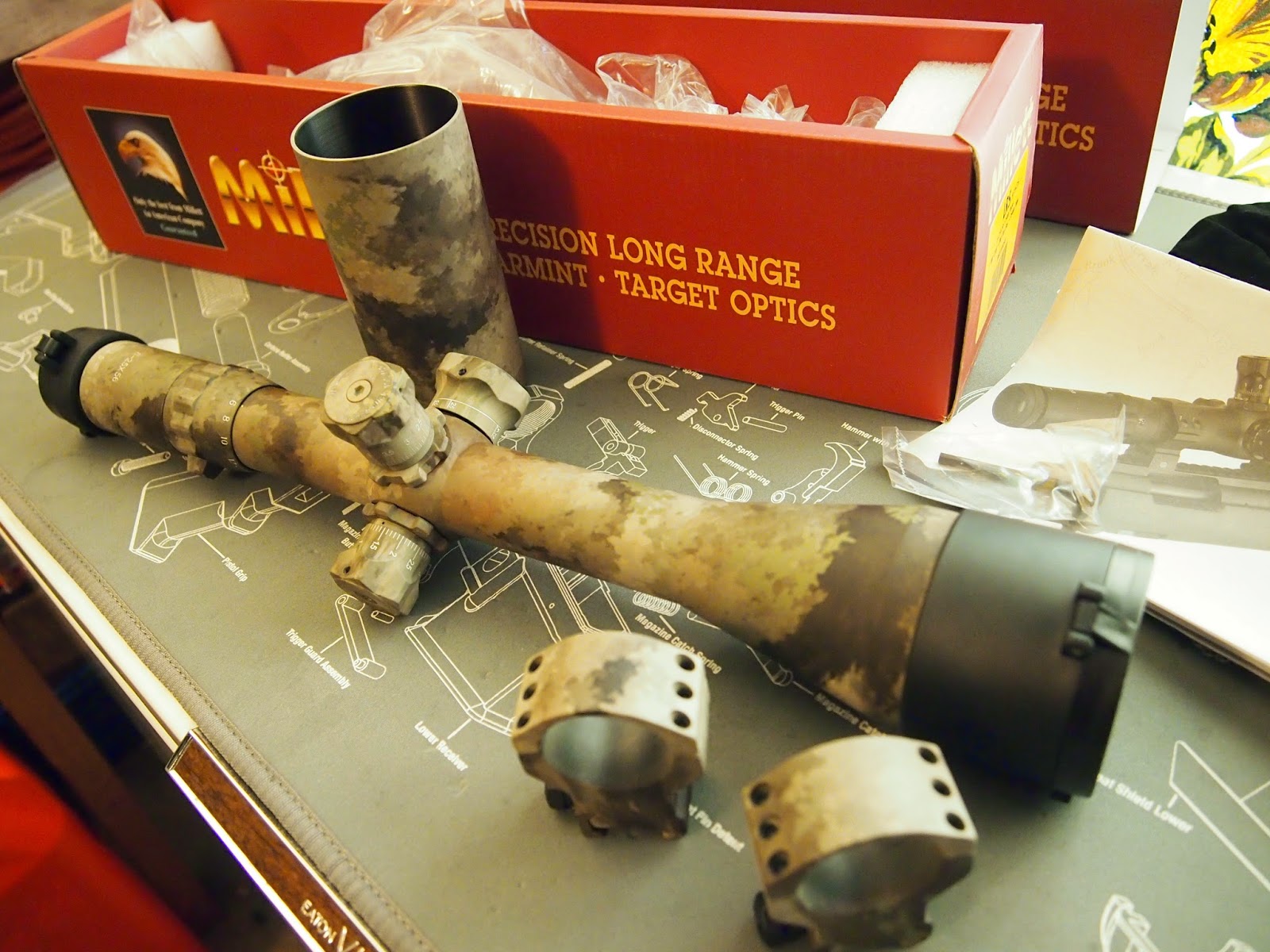 As with my other Millett, it came neatly packaged, and when you pull the 35mm tube, you're thinking either Titanic or Red October. 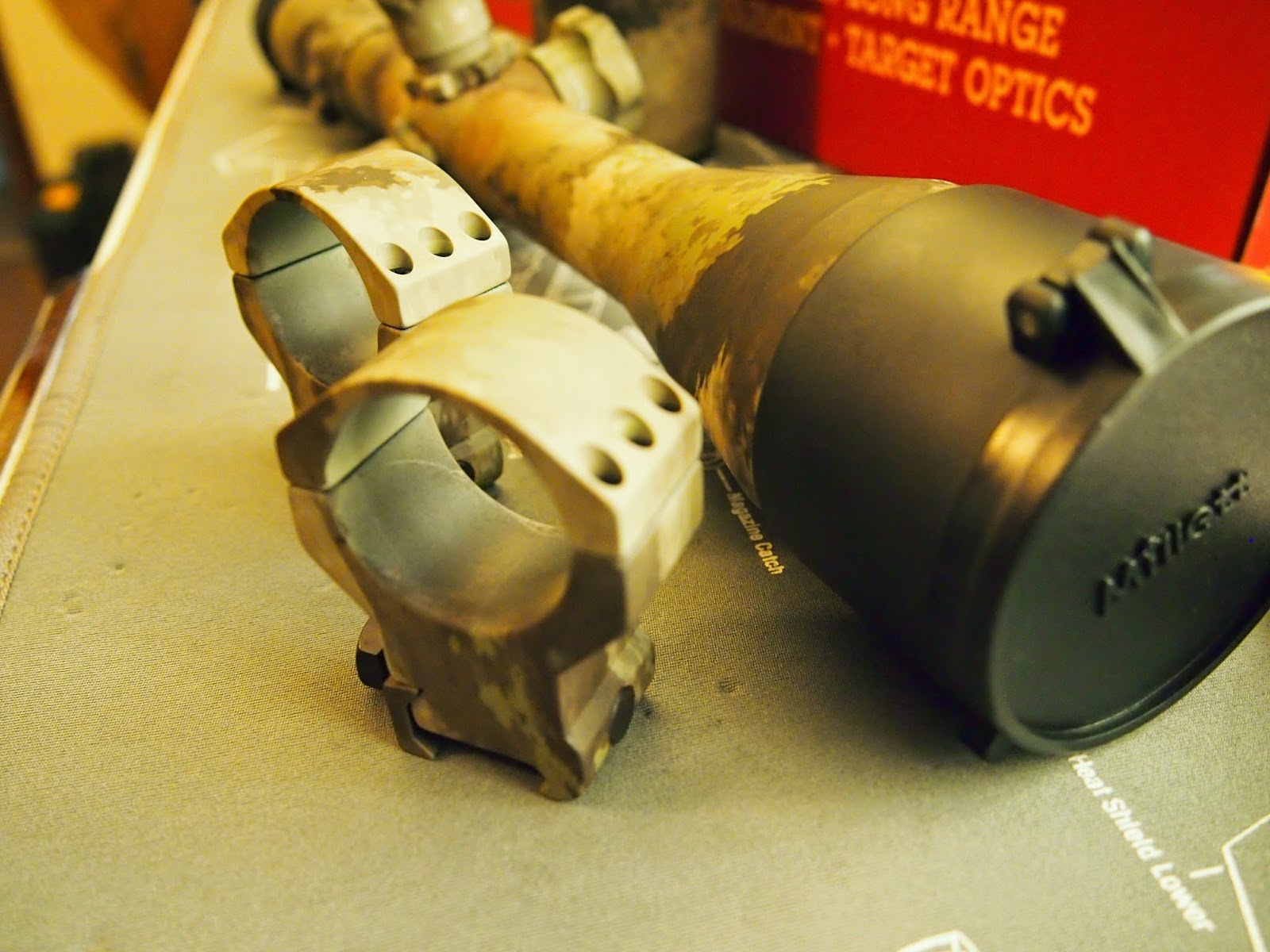 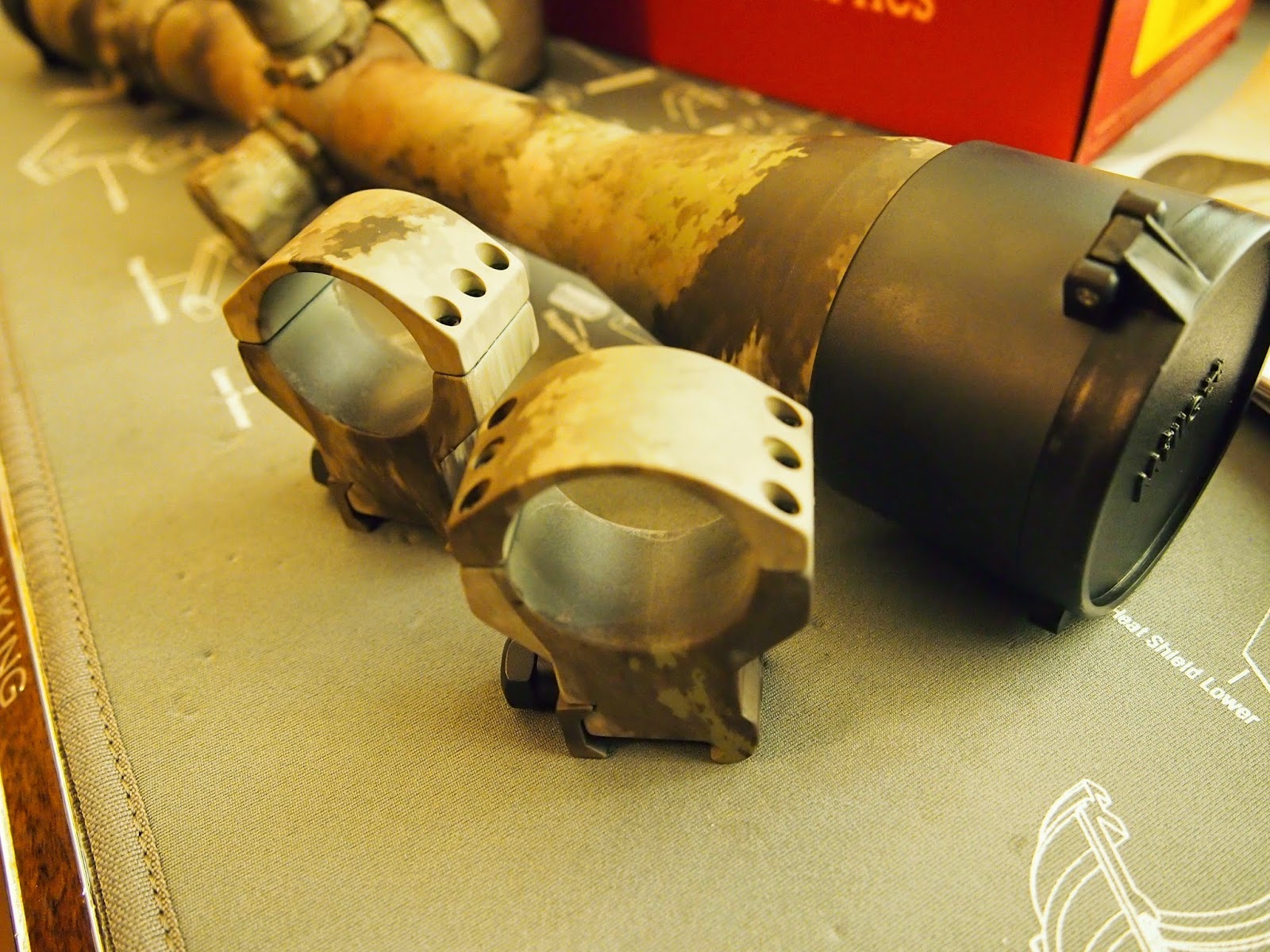 The rings that come with the scope look great, but would only be suitable for a flat-top setup, not so much for a standard rifle set up with a raised rail or scope mount above the barrel.  The scope also comes with black scope covers, which makes no sense whatsoever, but nothing a blast of Krylon won't fix. 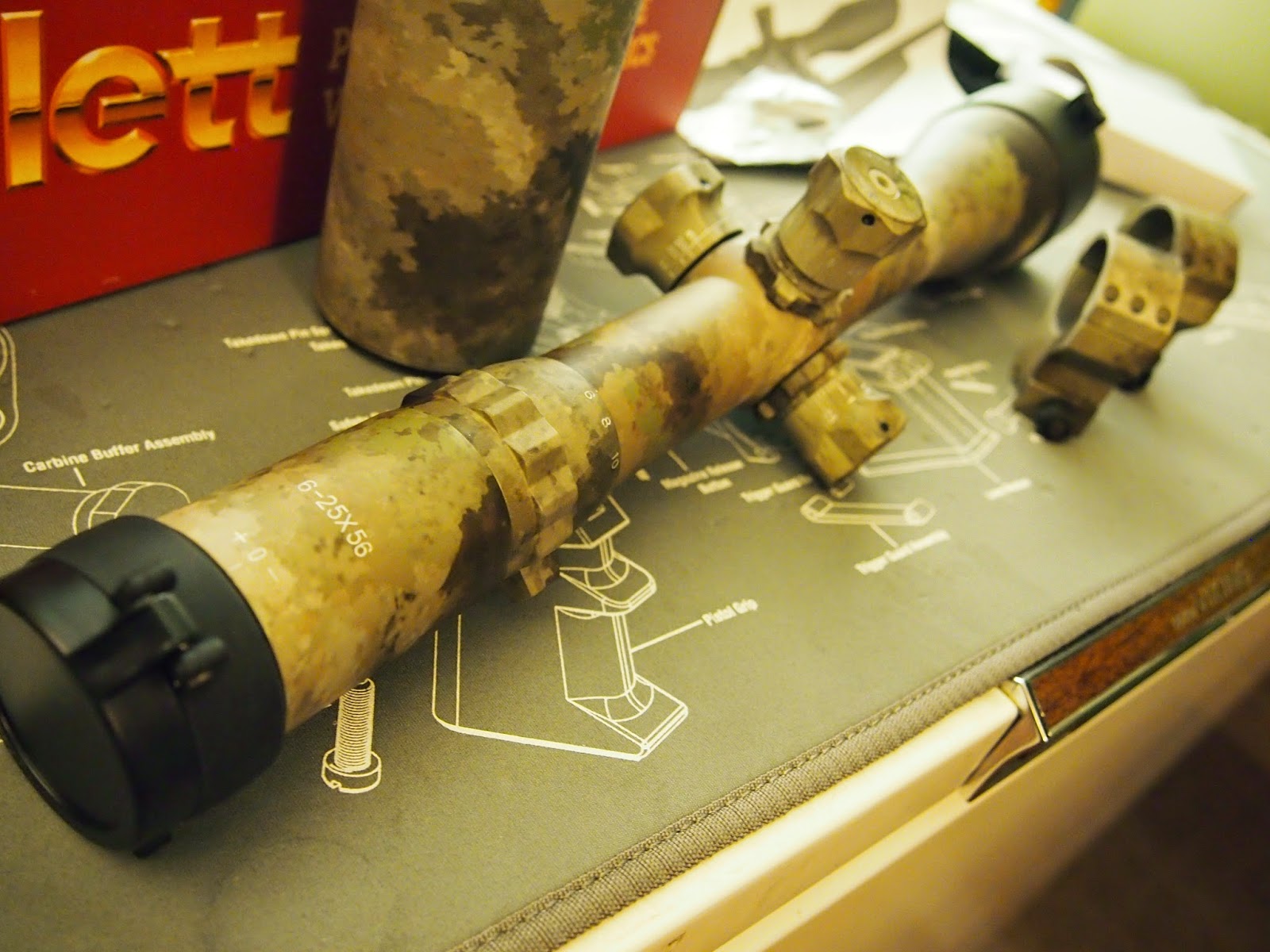 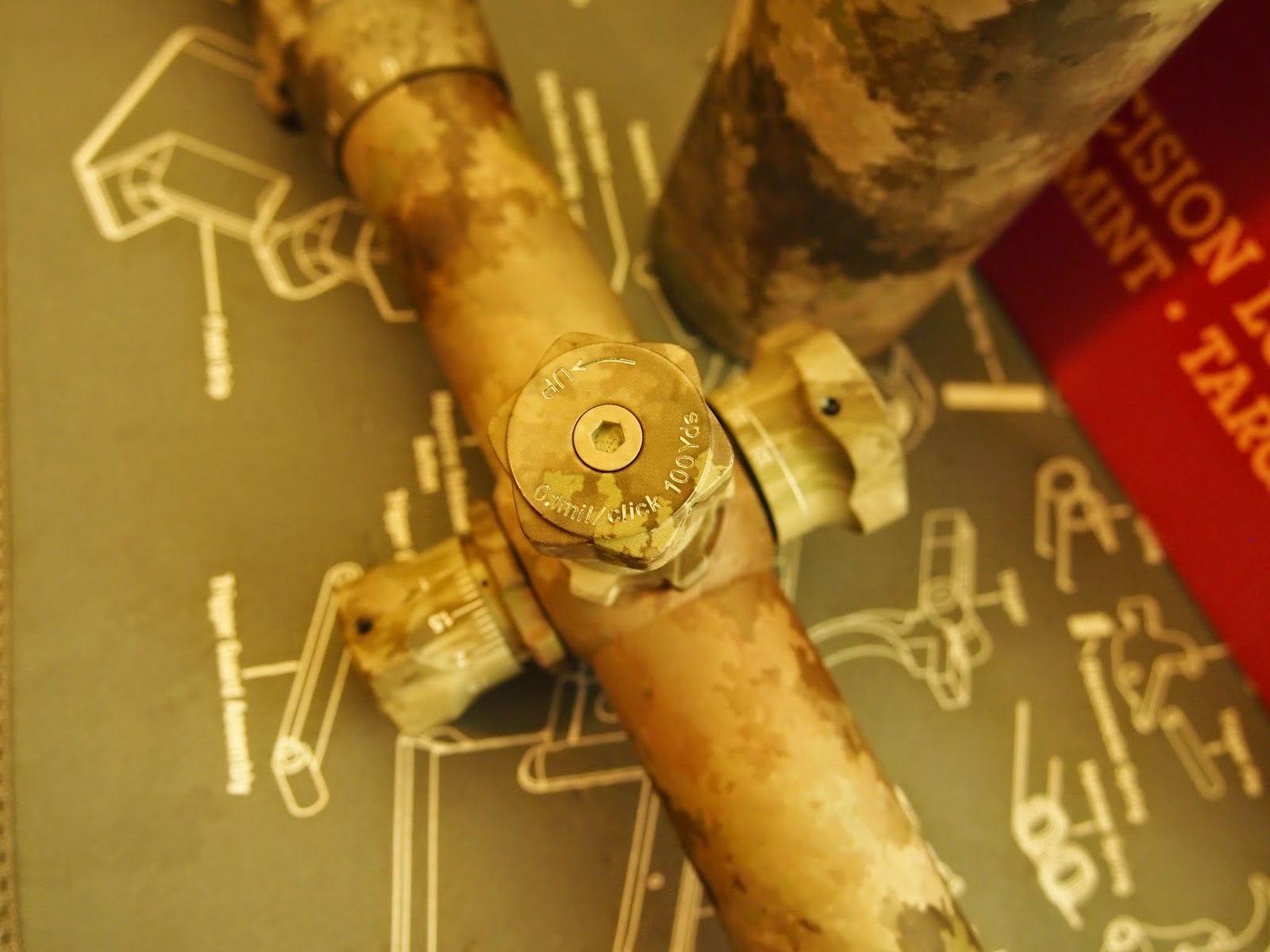 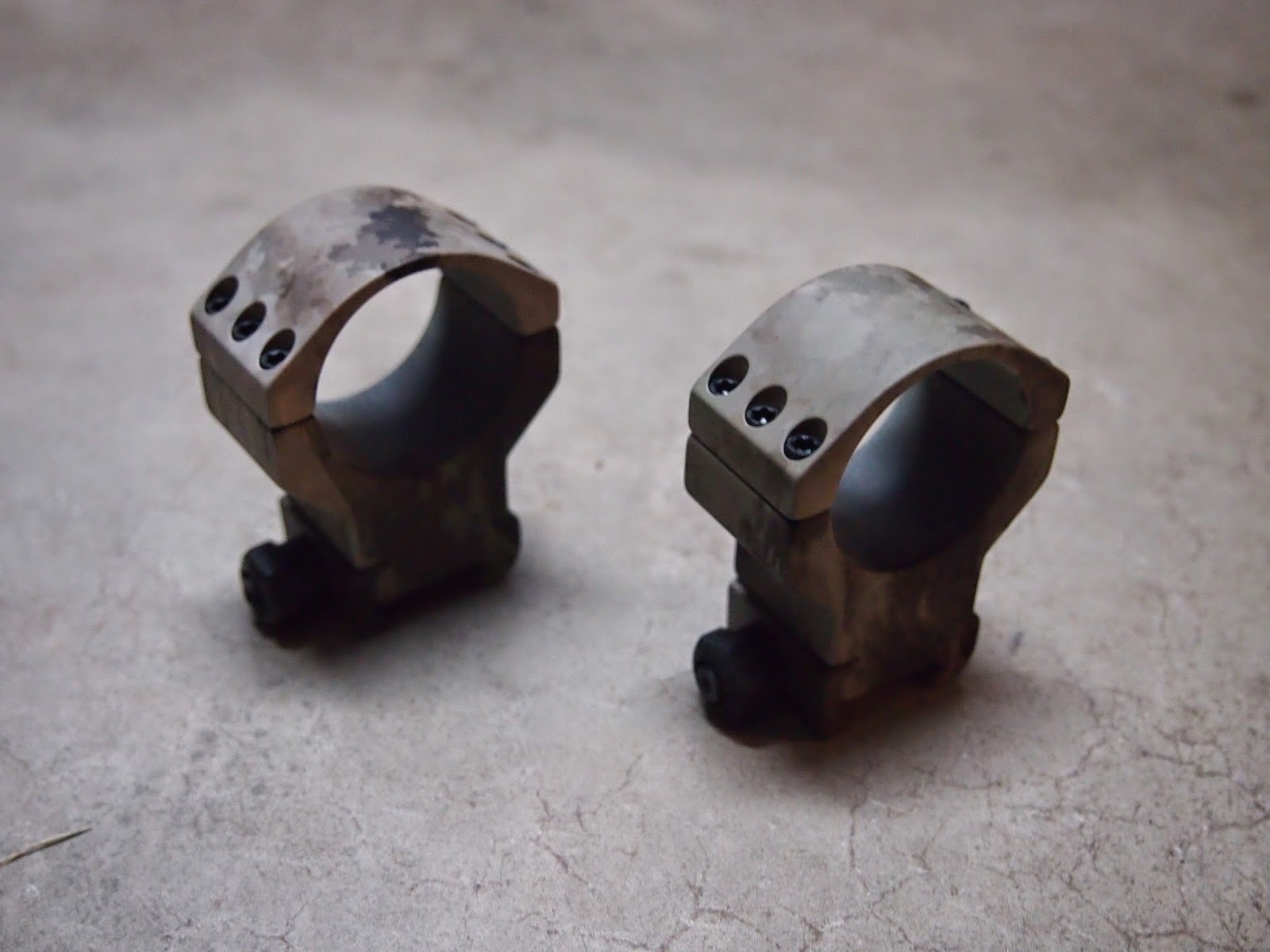 The ATAC pattern scope rings that came with the Millett.  It's a shame they won't work for this particular rifle. 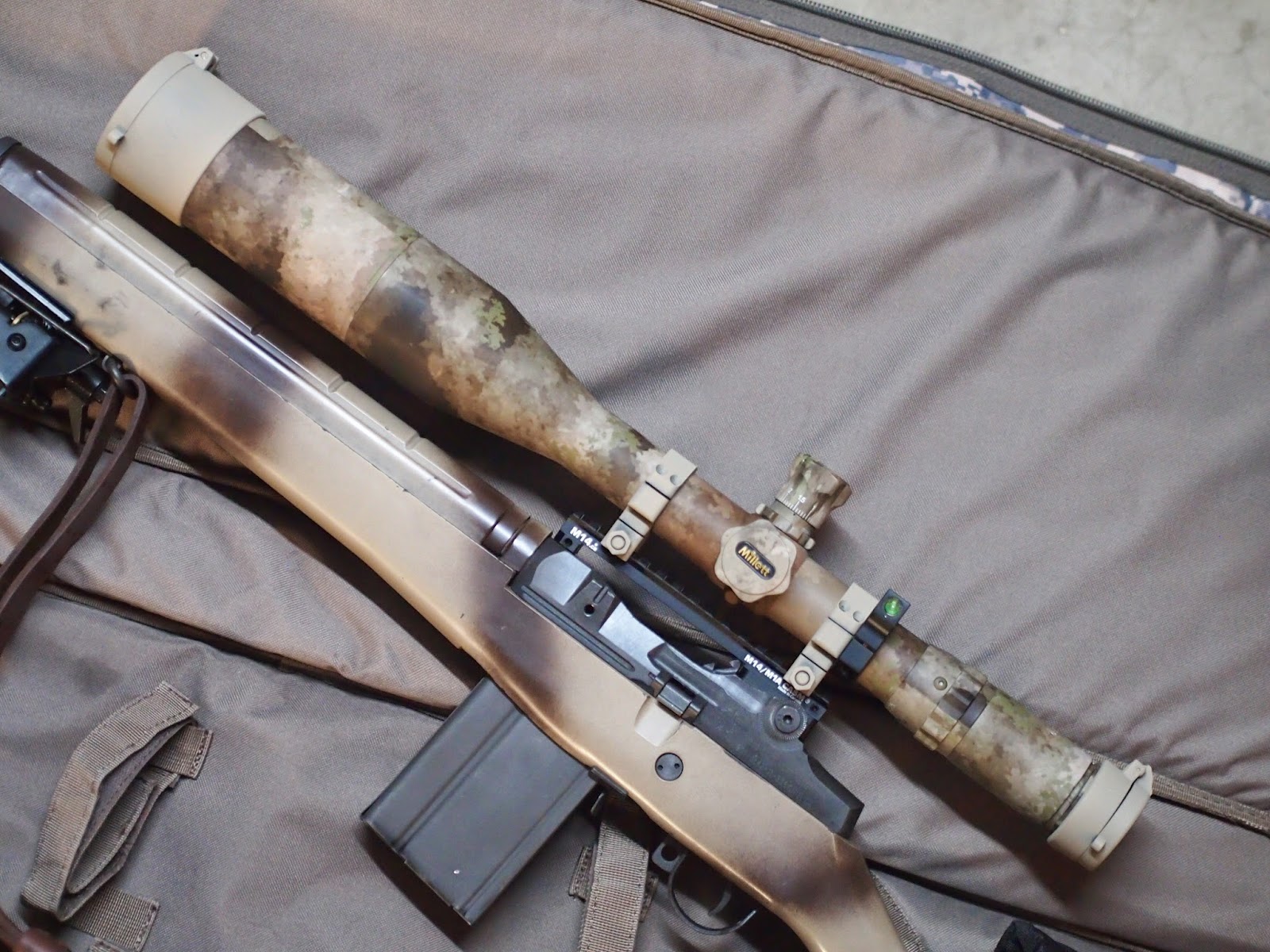 I purchased a used Millett from CGN and it came with a set of 35mm low rings from TPS, so I ended up giving them a blast of Krylon on it went to the M14.CA mount to hold the ATAC Millett in Place. 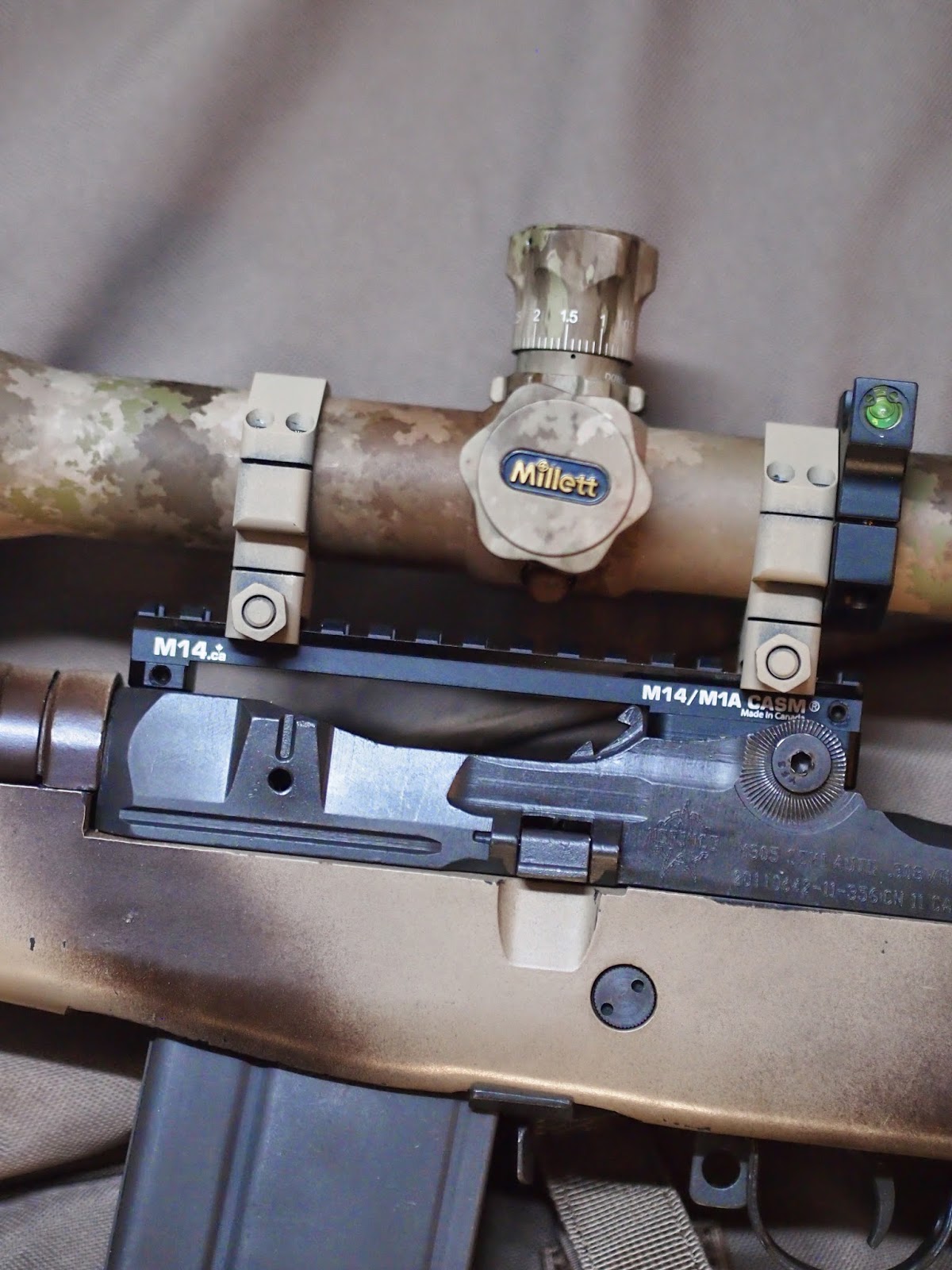 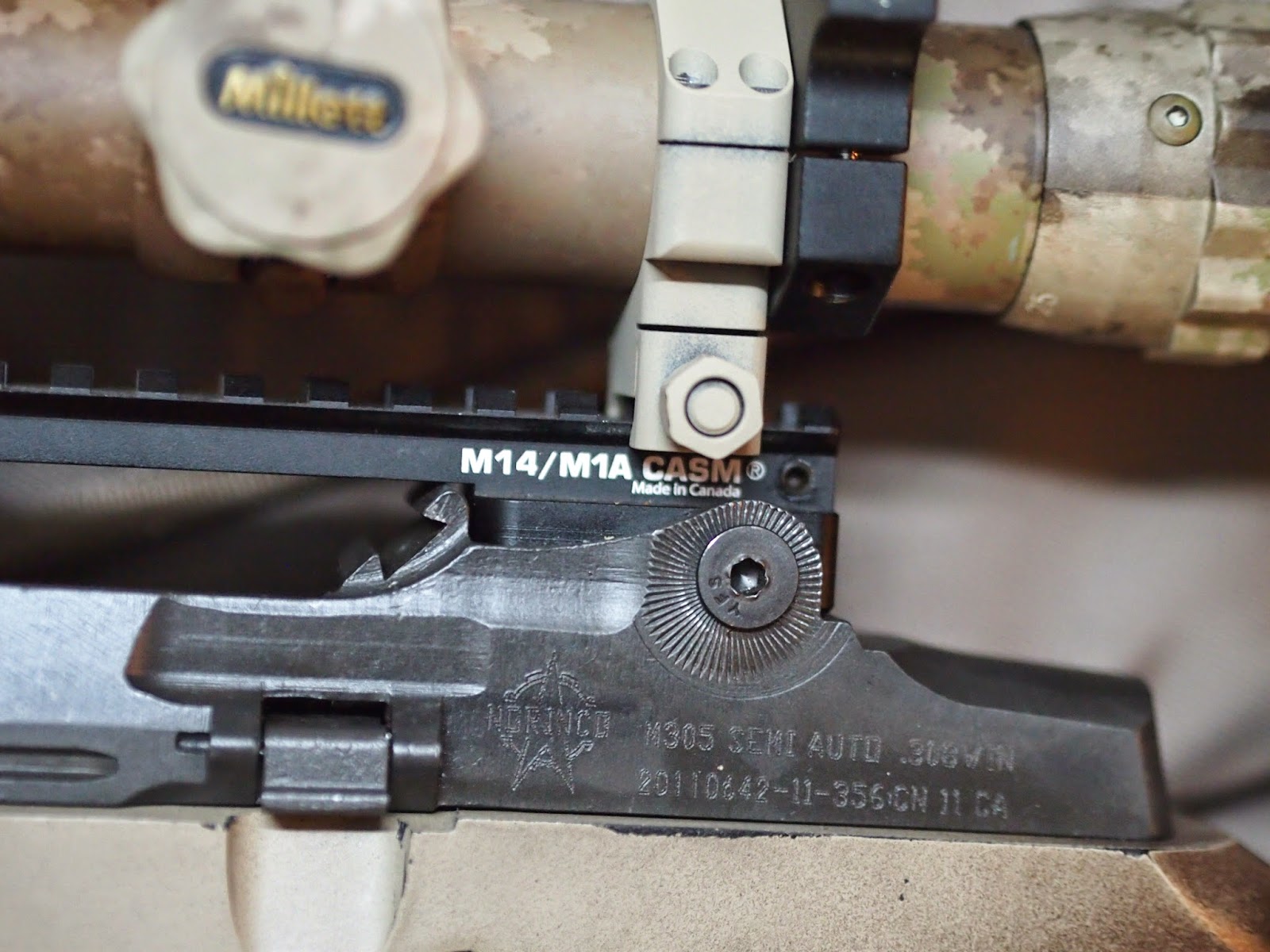 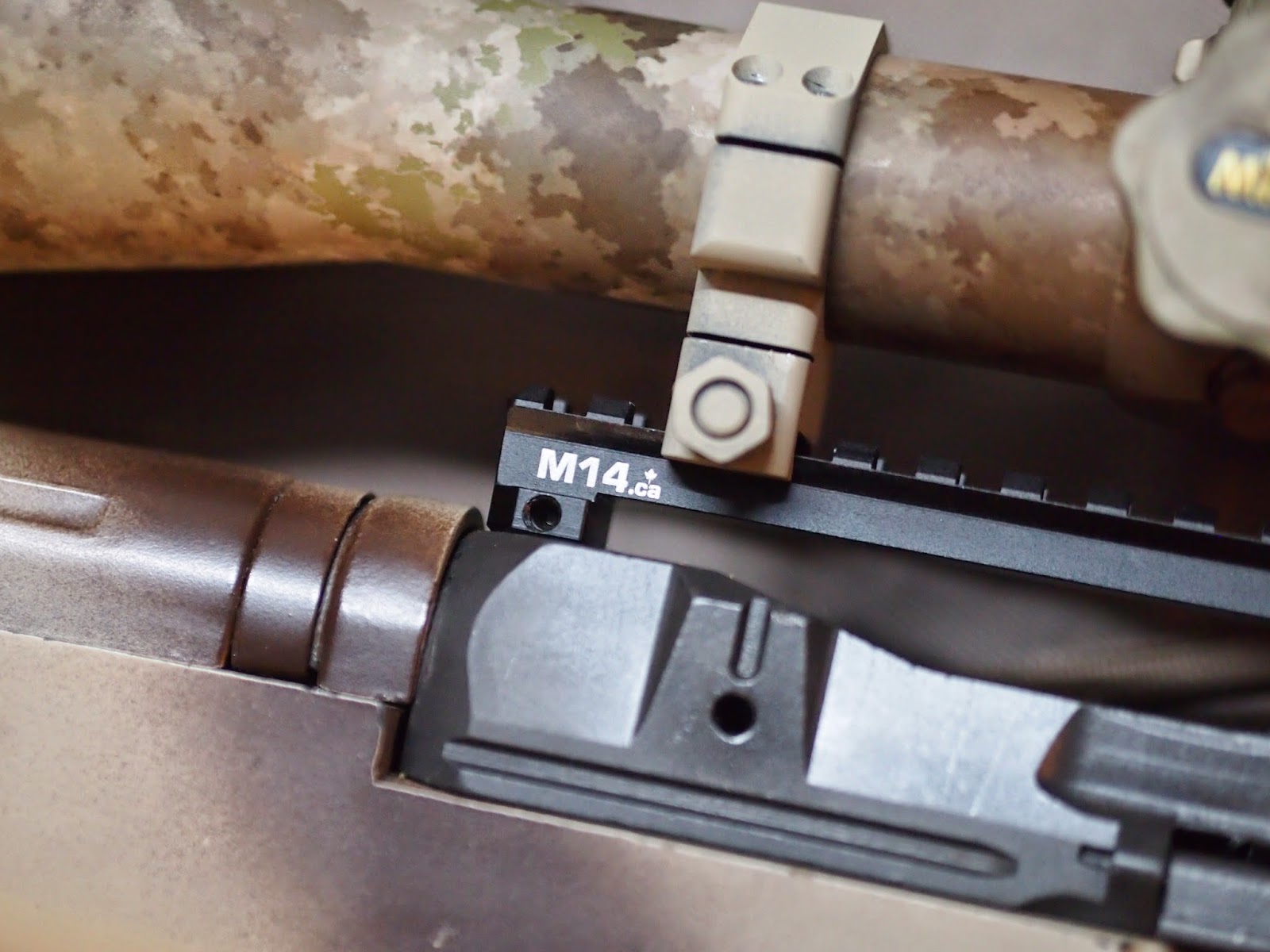 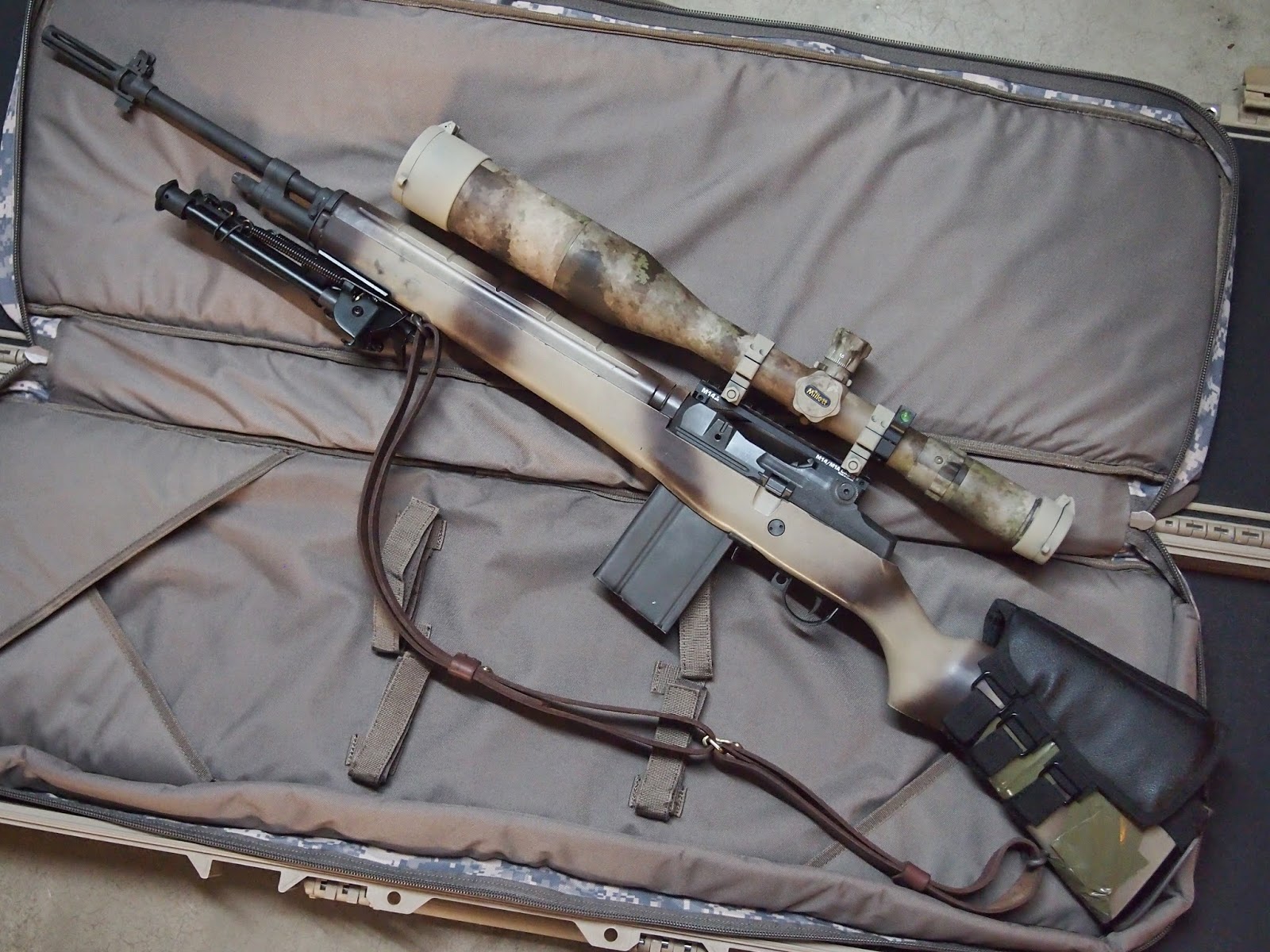 It's hard to tell in this picture, but here's where Millett's made-in-China stamp starts to shine.  Typical mainland China quality control....which essentially equates to "what can I get away with?".  The massive sunshade that is included with the scope is thankfully dipped in ATAC pattern, unlike the scope covers, however it would have been nice if it lined up with the rest of the scope, with the seam-line indexed to the bottom of the scope rather than the top.  Brutal, but whatever, the scope didn't cost me $2k or even $1k so I can't complain. 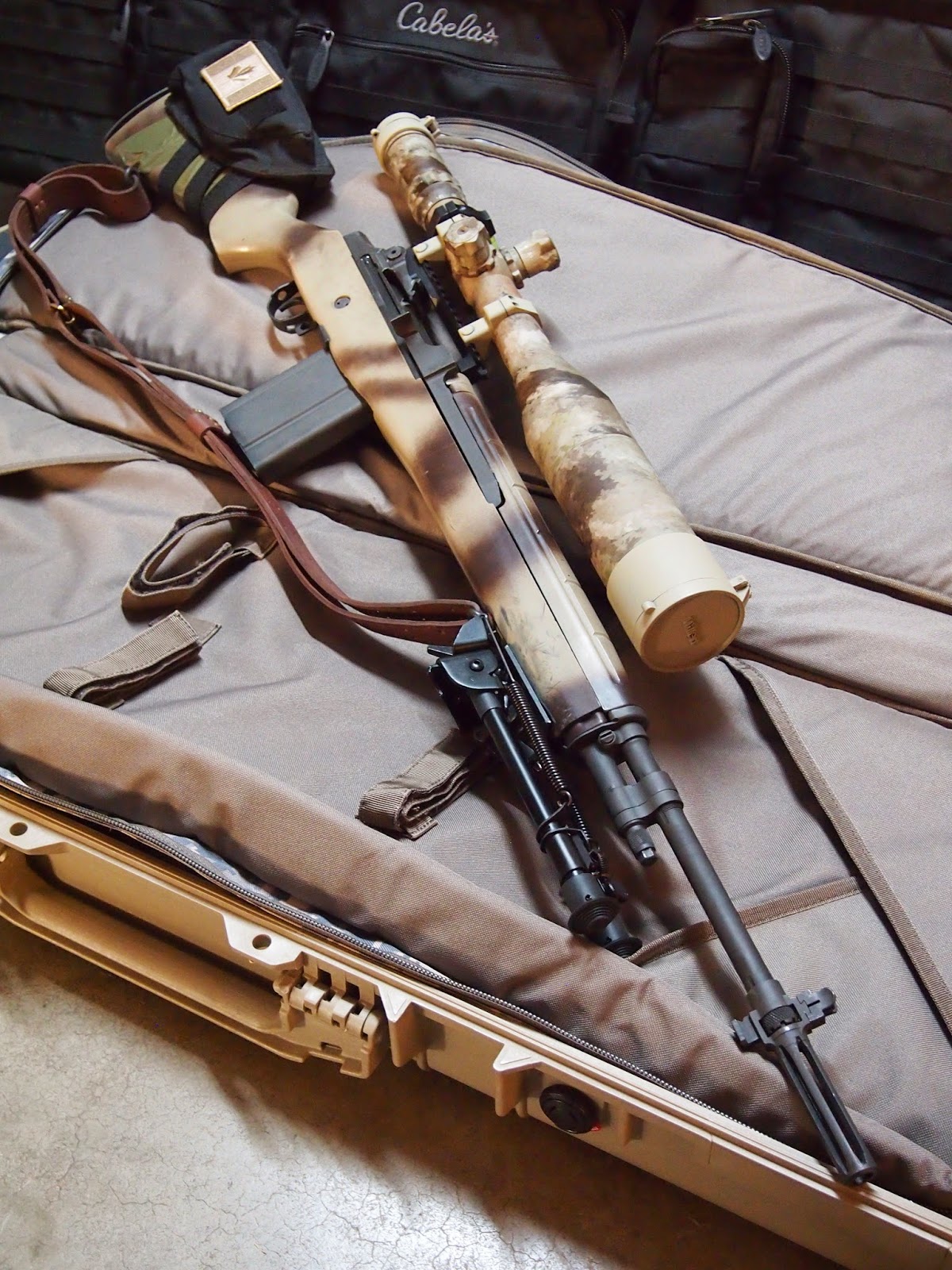 A simple blast of Krylon spray paint resolved the black flip cap issues.  These caps are alright, but I prefer the feel of the Butler Creek ones, so one of these days, I'll go grab some BC ones and give it the Krylon treatment. 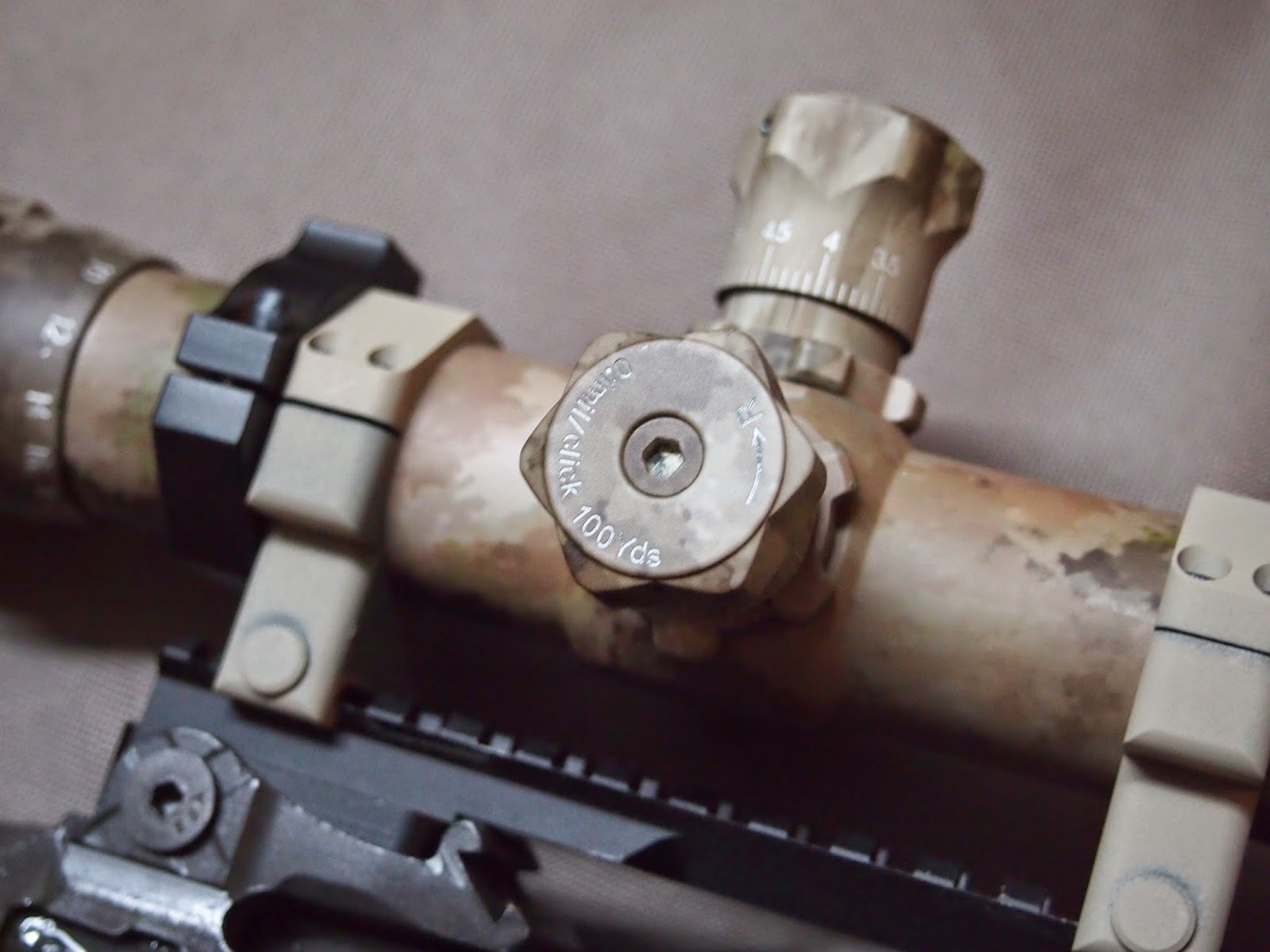 For an entry level scope, it sure comes with a decent amount of perks.  Aside from the clear glass, 35mm main tube, 56mm objective, this particular model comes with .1mil clicks.  It seems like the trend where most scope manufactures are steering away from the 1/2 MOA and 1/4 MOA clicks and going over to mils. 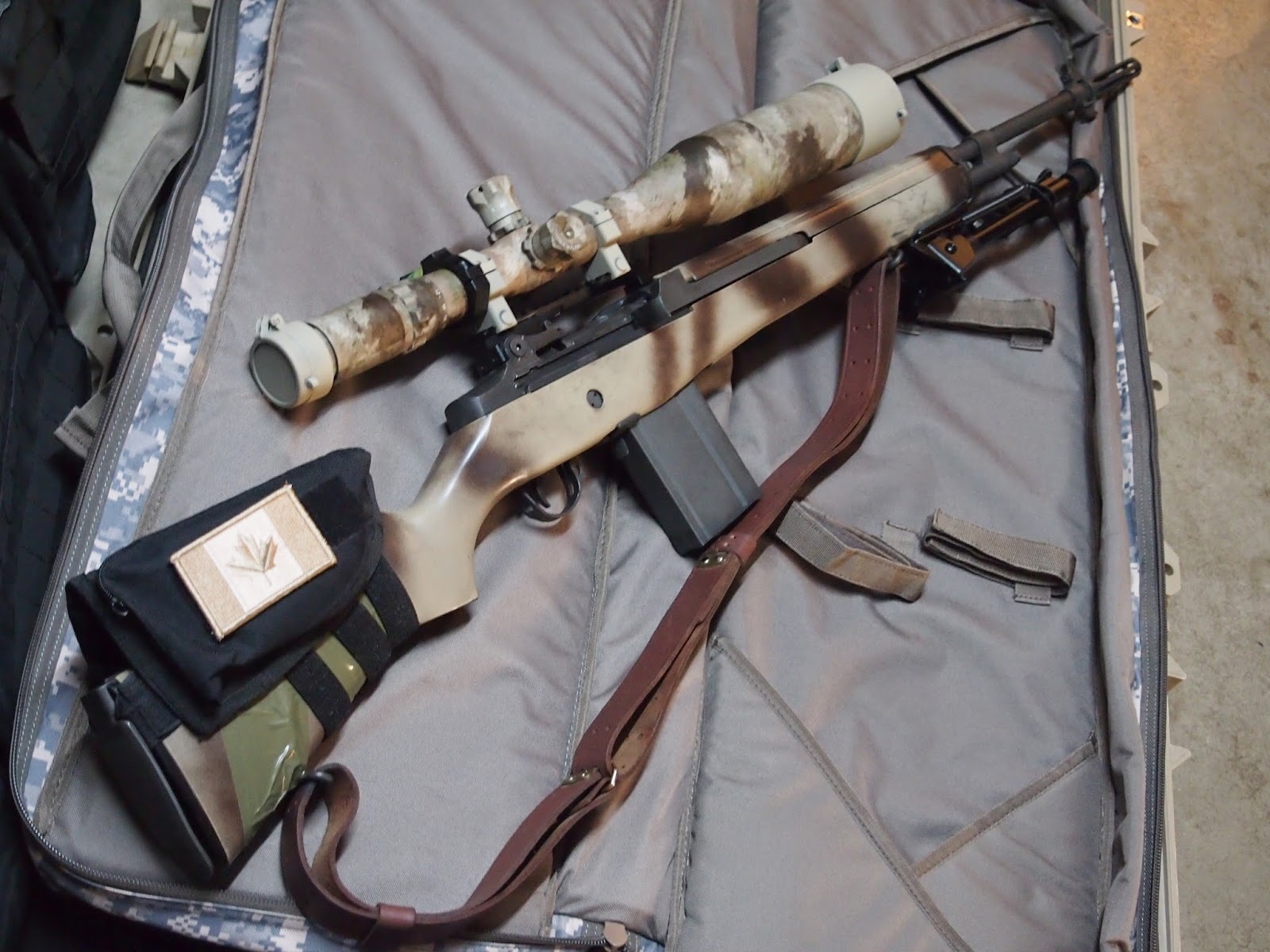 Anyway, this scope will be hard to move to another rifle being ATAC pattern.  I don't know if I will hydro-dip my M14 stock in ATAC, but we'll see.
at August 02, 2014