Just a few years ago, Colt's M4 Carbine, and this particular model, the LE6920 was selling for about $2,500 in Canada.  I remember thinking there was no way I was spending $2,500 for a restricted rifle that I can only use at the range.  Well, in recent years, folks north of the border have been watching what was happening in the States, seeing the price of ARs fluctuate from extremely inflated prices (during Obama's gun scare) to firesale prices like in the US Walmarts.  Then came along a little outfit known as irunguns.com  who started bringing in US-made ARs for US prices plus an importation fee of about $200 or so.  That was amazing because even with the exchange rate, importation fee, and shipping to Canada, it still worked out less  than what retailers were asking for up here.

Then in recent months, IRG elimiated the imporation fee altogether for firearms already in their inventory and on their website.  A Colt AR with Magpul furniture could be had for Walmart USA prices plus any shipping fees and Canadian taxes.  It's an amazing time for firearms enthusiasts right now, and it truly is a buyer's market right now.  Some Canadian retailers have followed suit and started dropping their prices on AR rifles, so now, a Daniel Defence can be had for about the $1k mark (unheard of a few years ago), a DPMS AR can be had for about $500-700, cheaper than a made-in-China Norinco CQA.

Anyway, I picked this up, threw a 10.5in upper on it for the photo shoot and I couldn't be happier than a pig in $hit.  It's just too bad this will always be a range queen unless Canada's gun laws loosen up a bit. 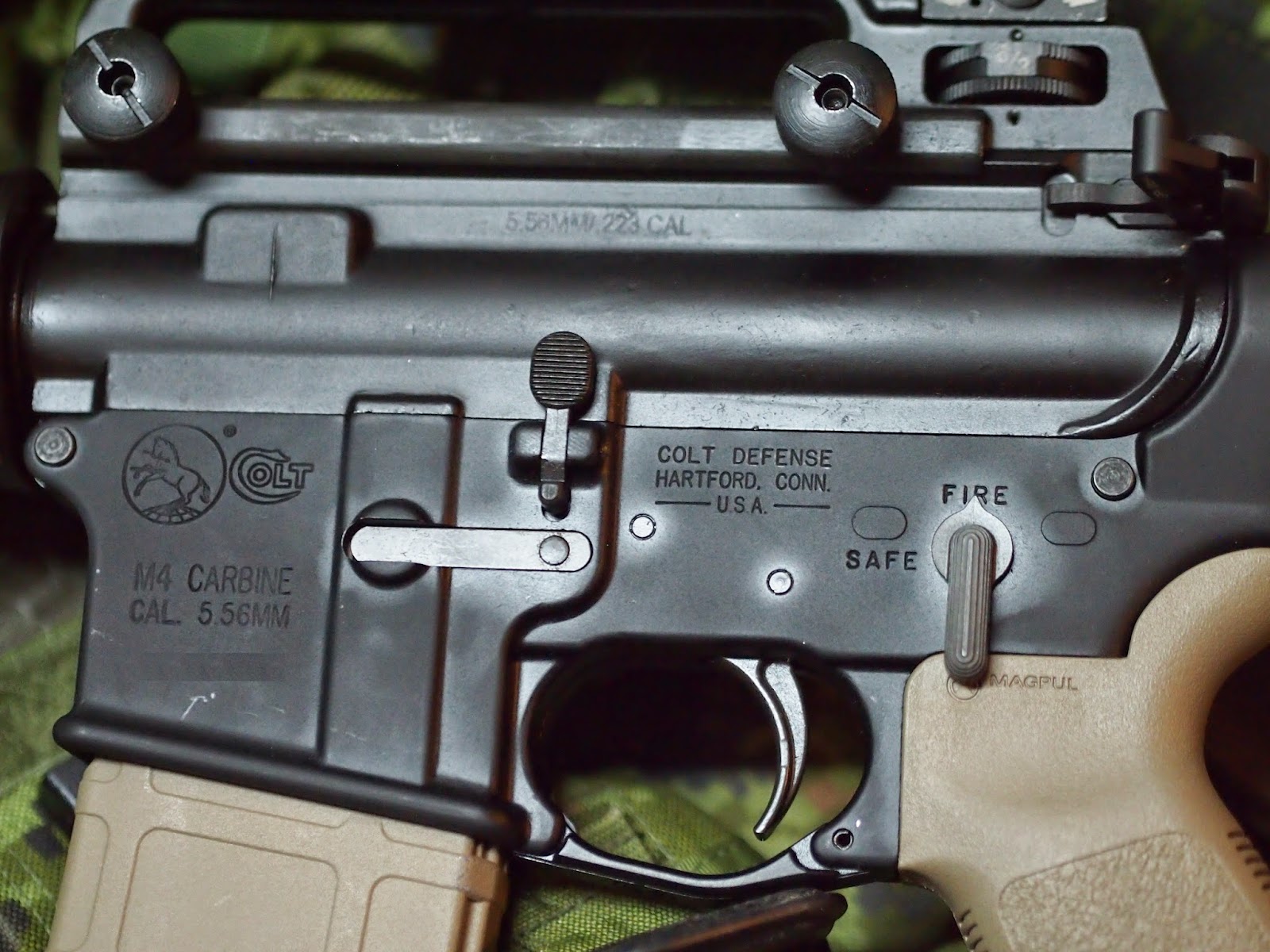 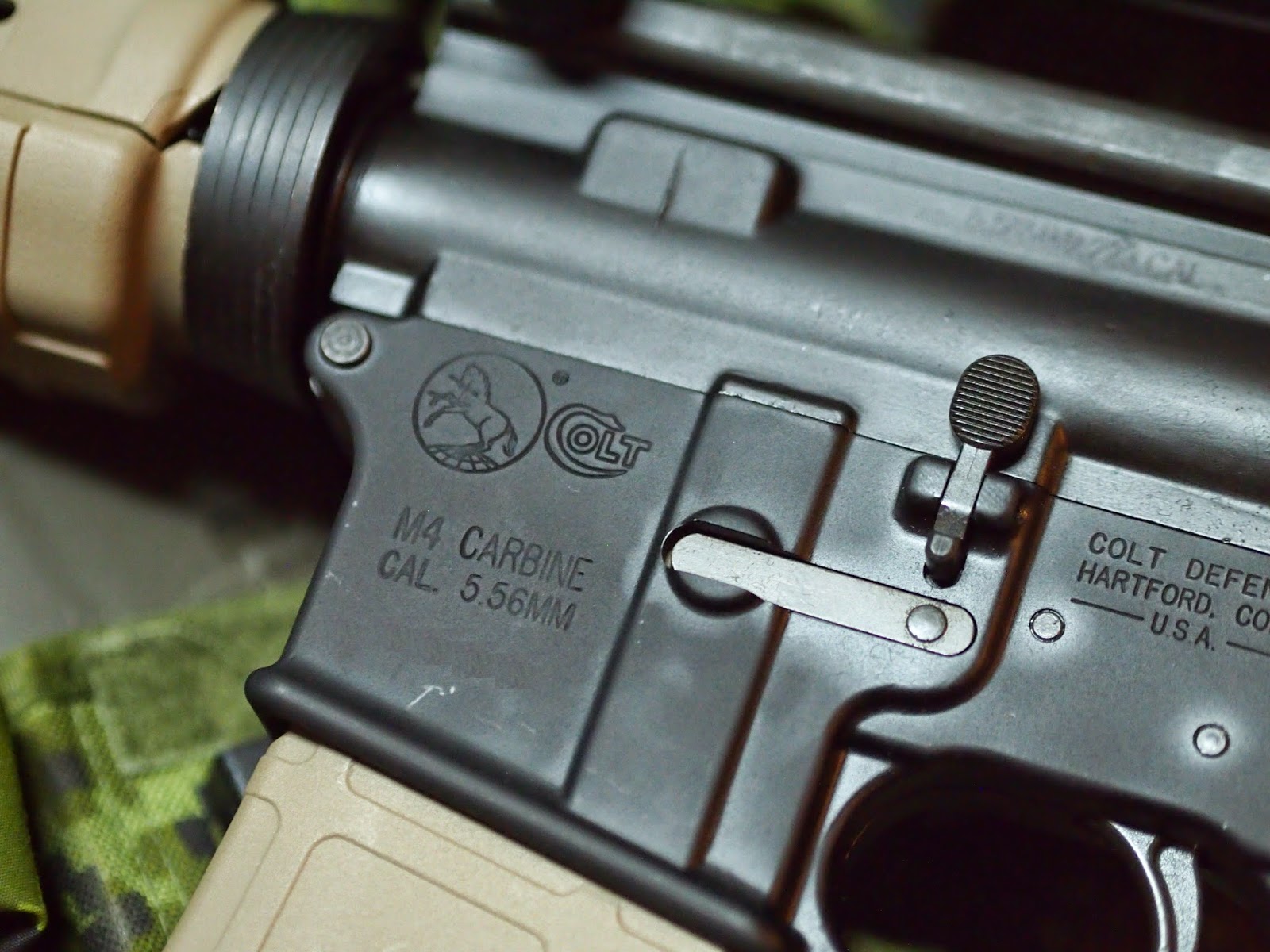 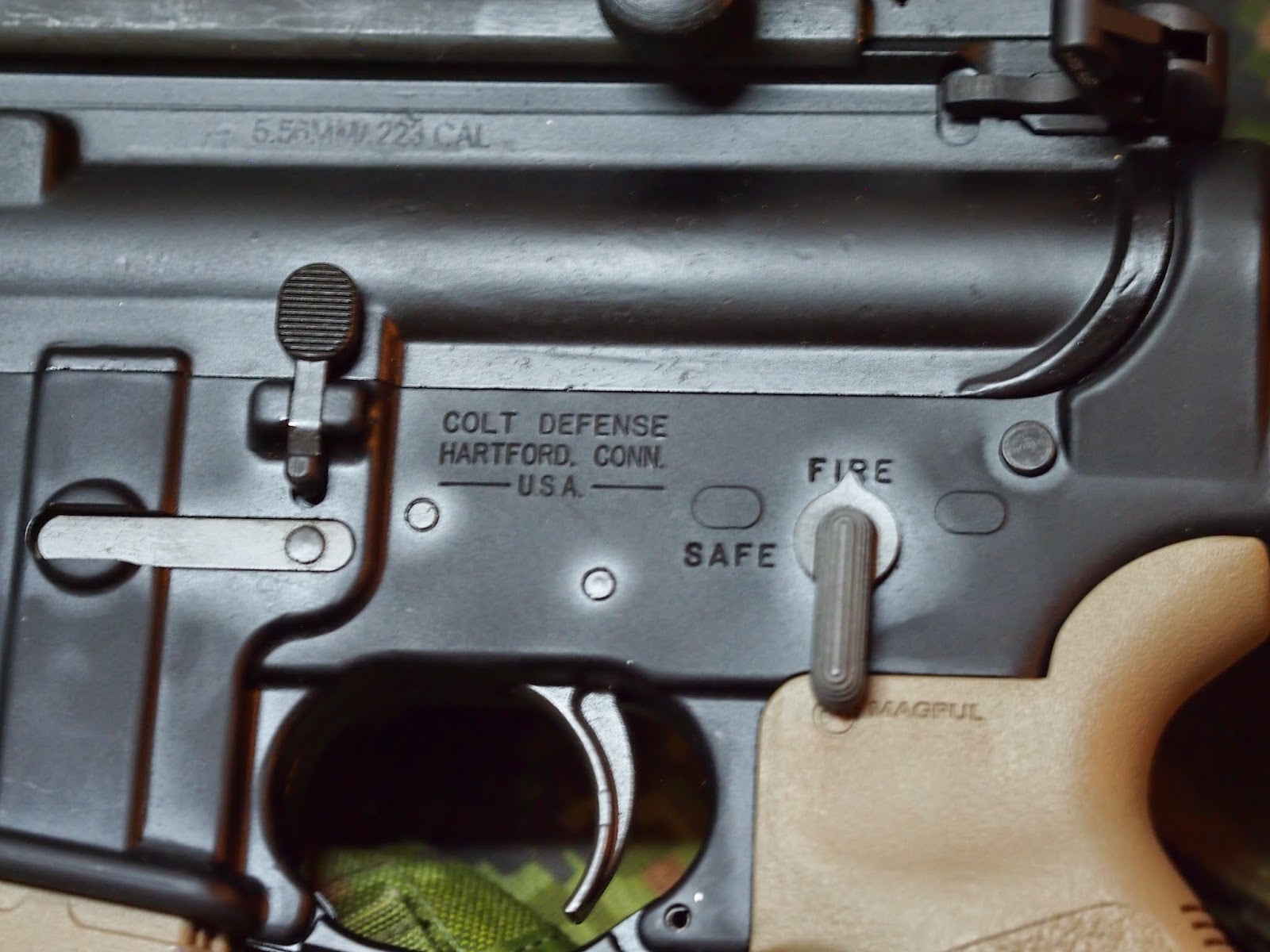 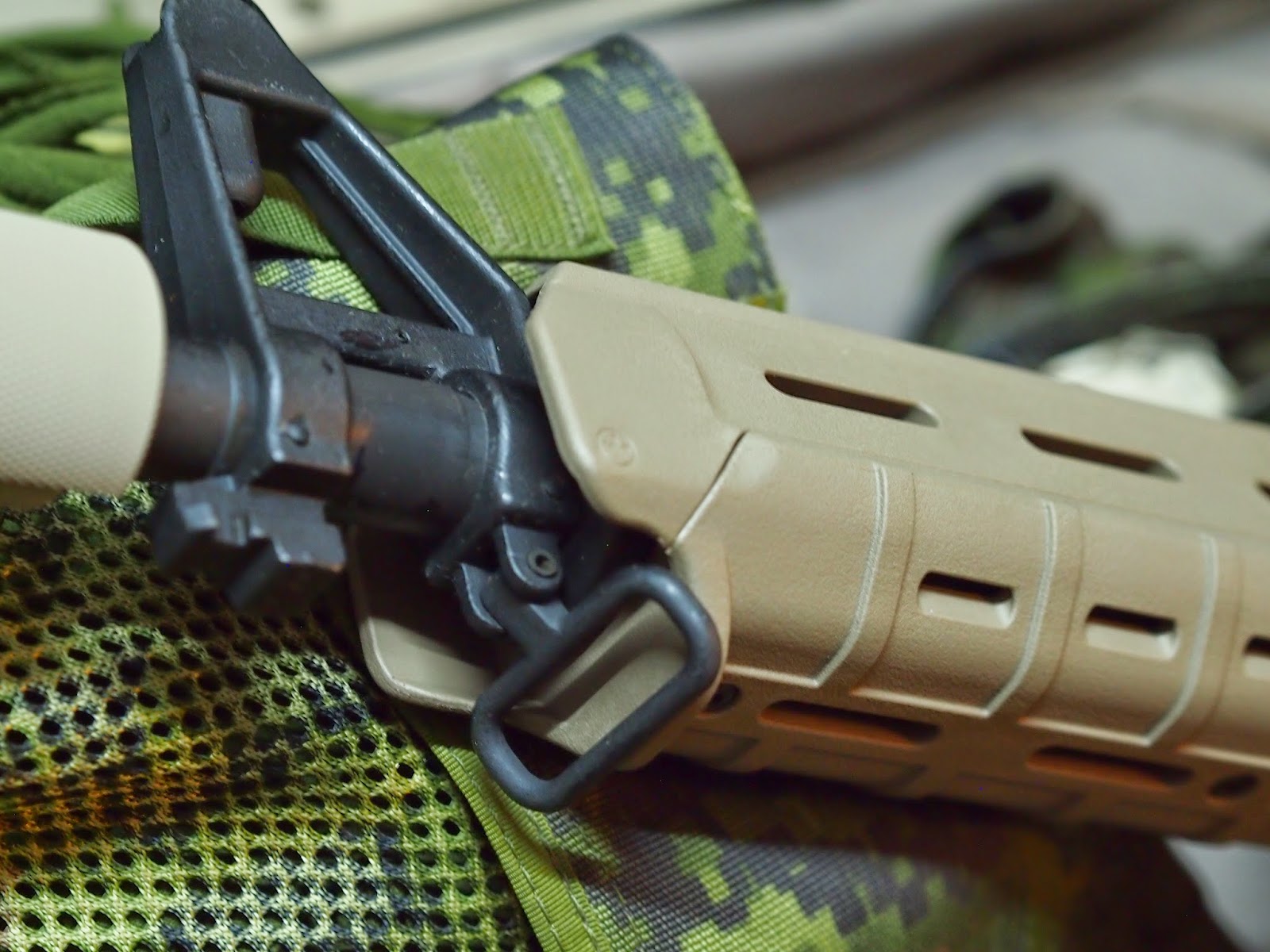 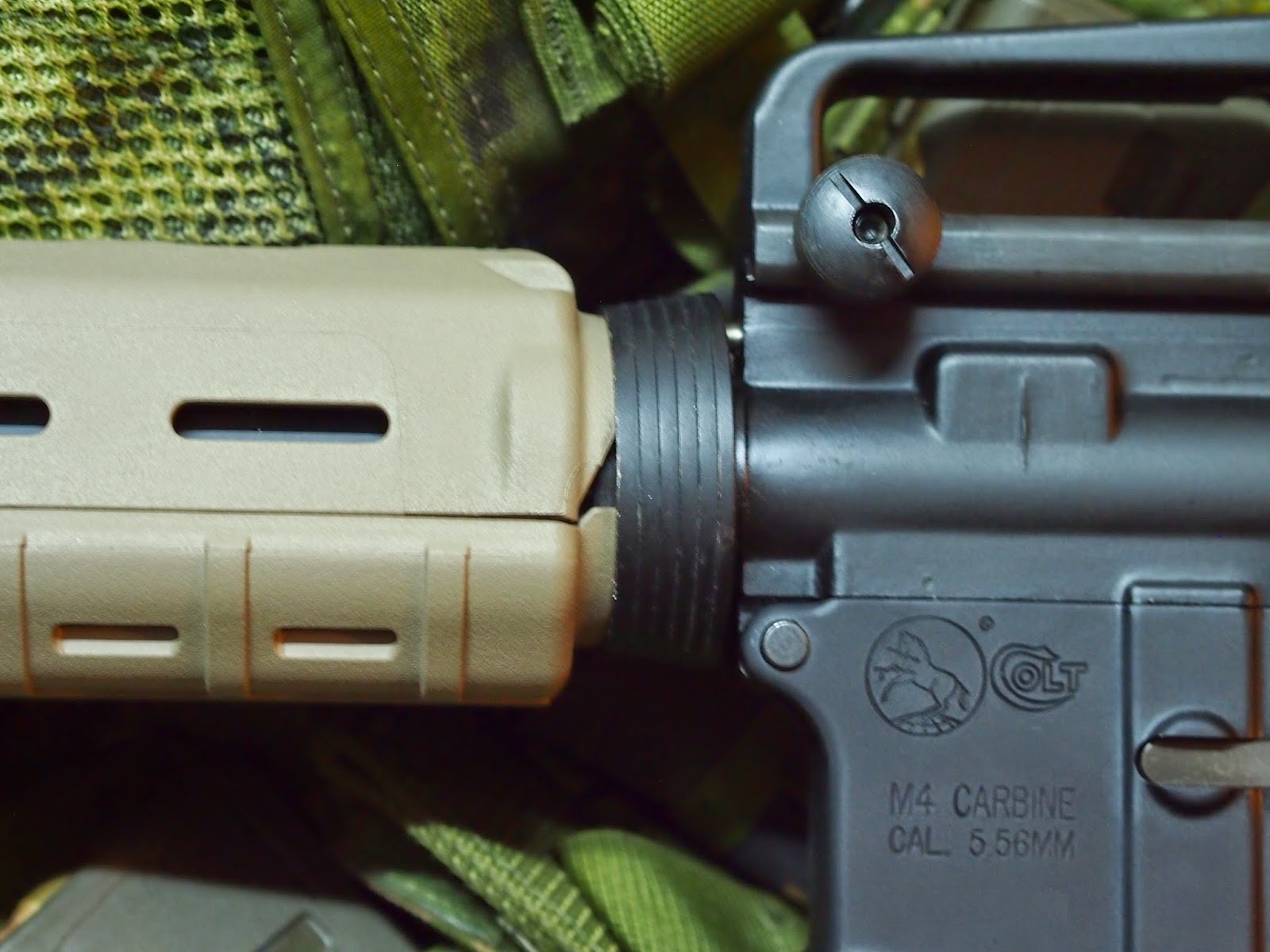 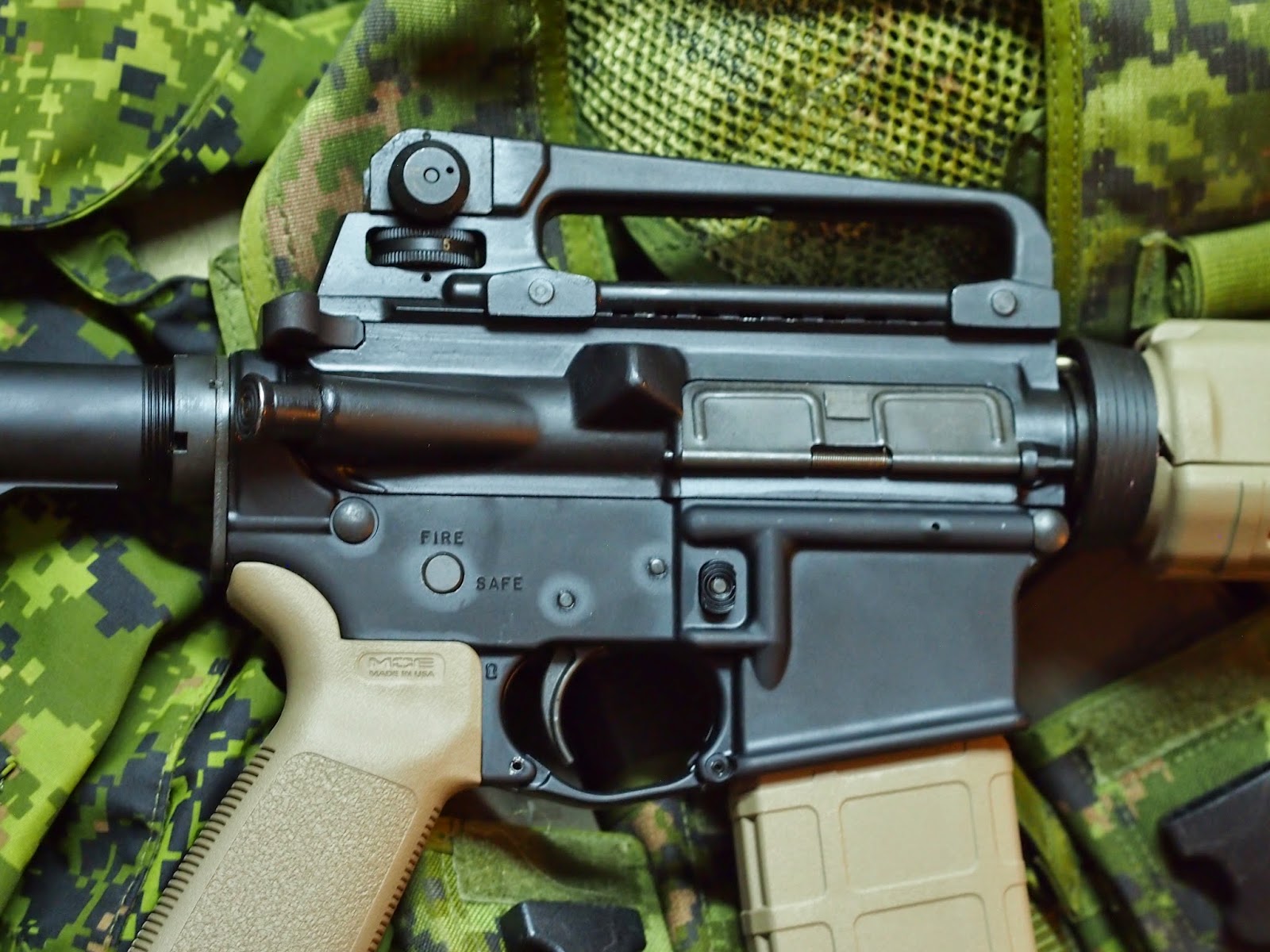 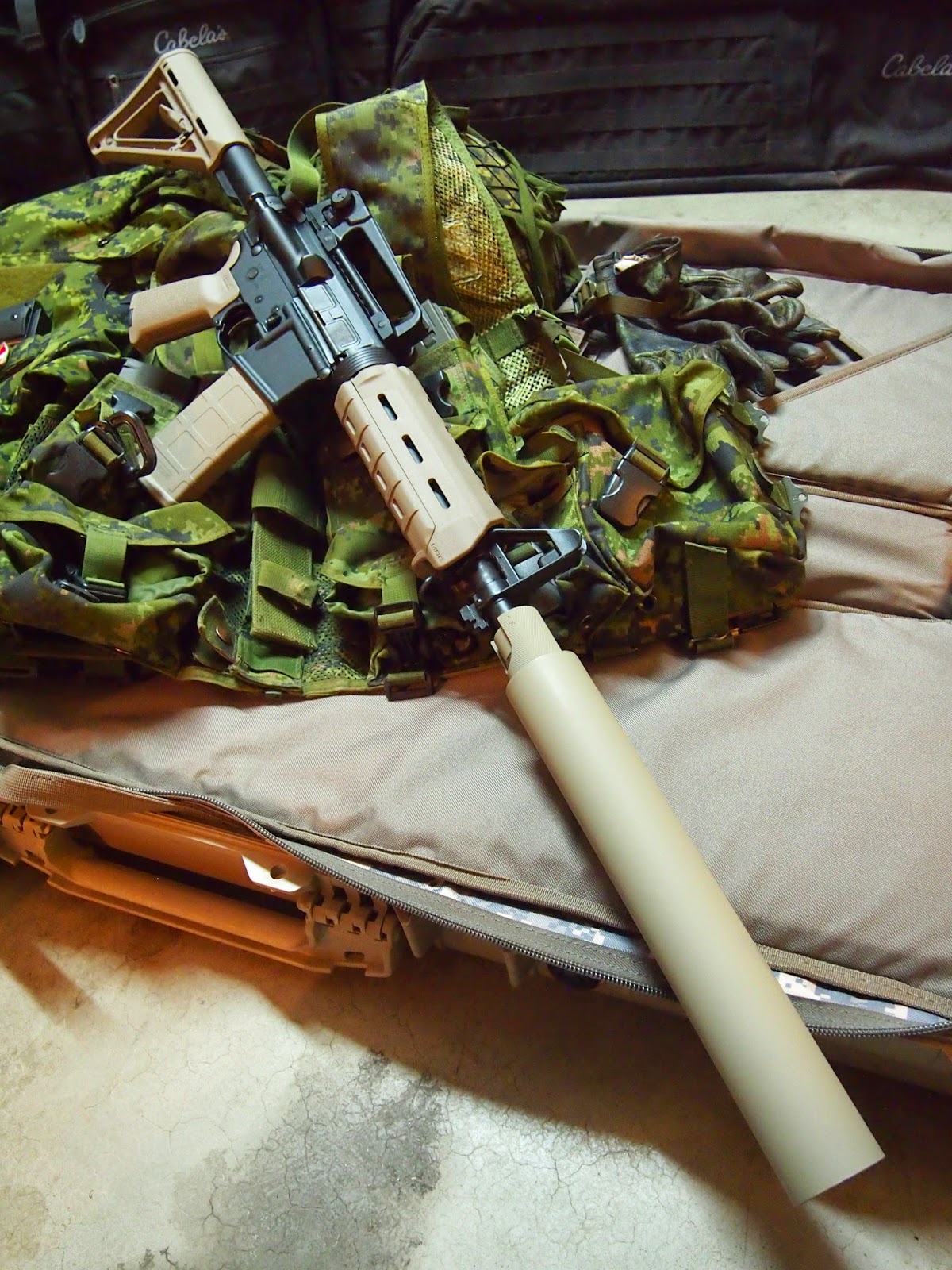 I threw on a fake can made of PVC on it just for $hits and giggles.  It looks good, but totally useless.  My hearing would thank me if sound suppressors were permitted in Canada.  We have to put mufflers on automobiles, motorcycles and lawnmowers, it only makes sense to put a muffler on a firearm.  Oh well, another can of worms for another day. 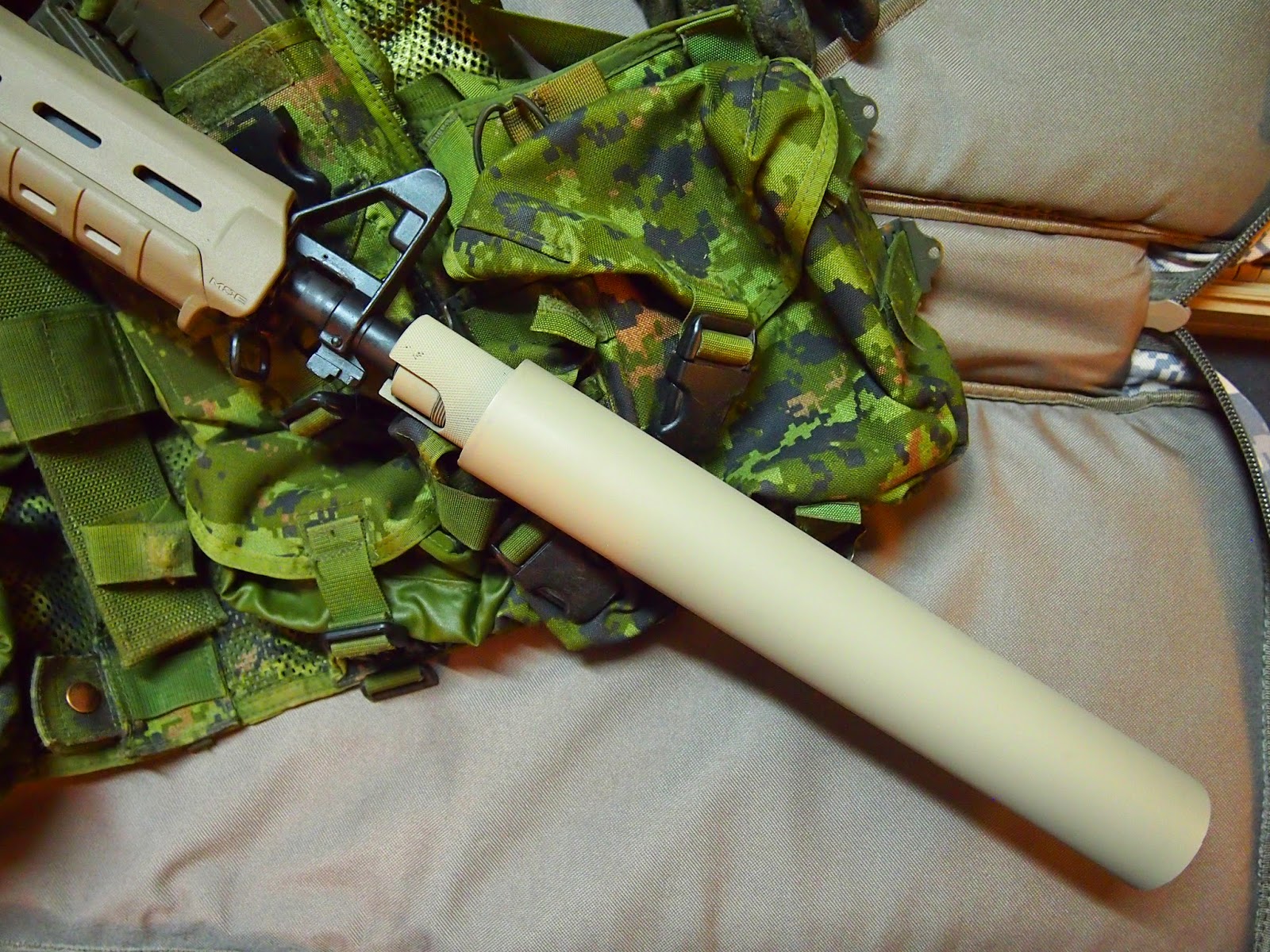 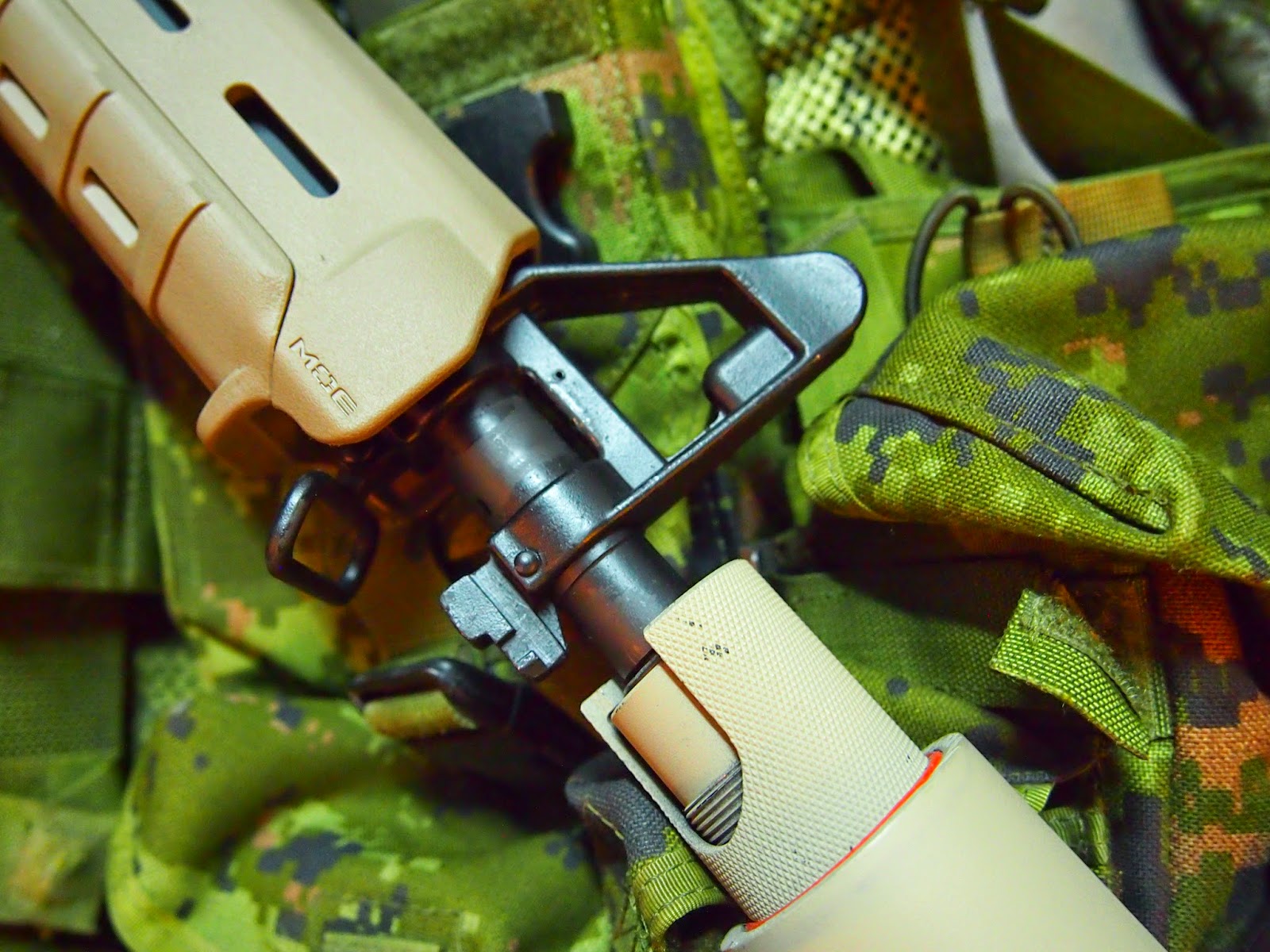 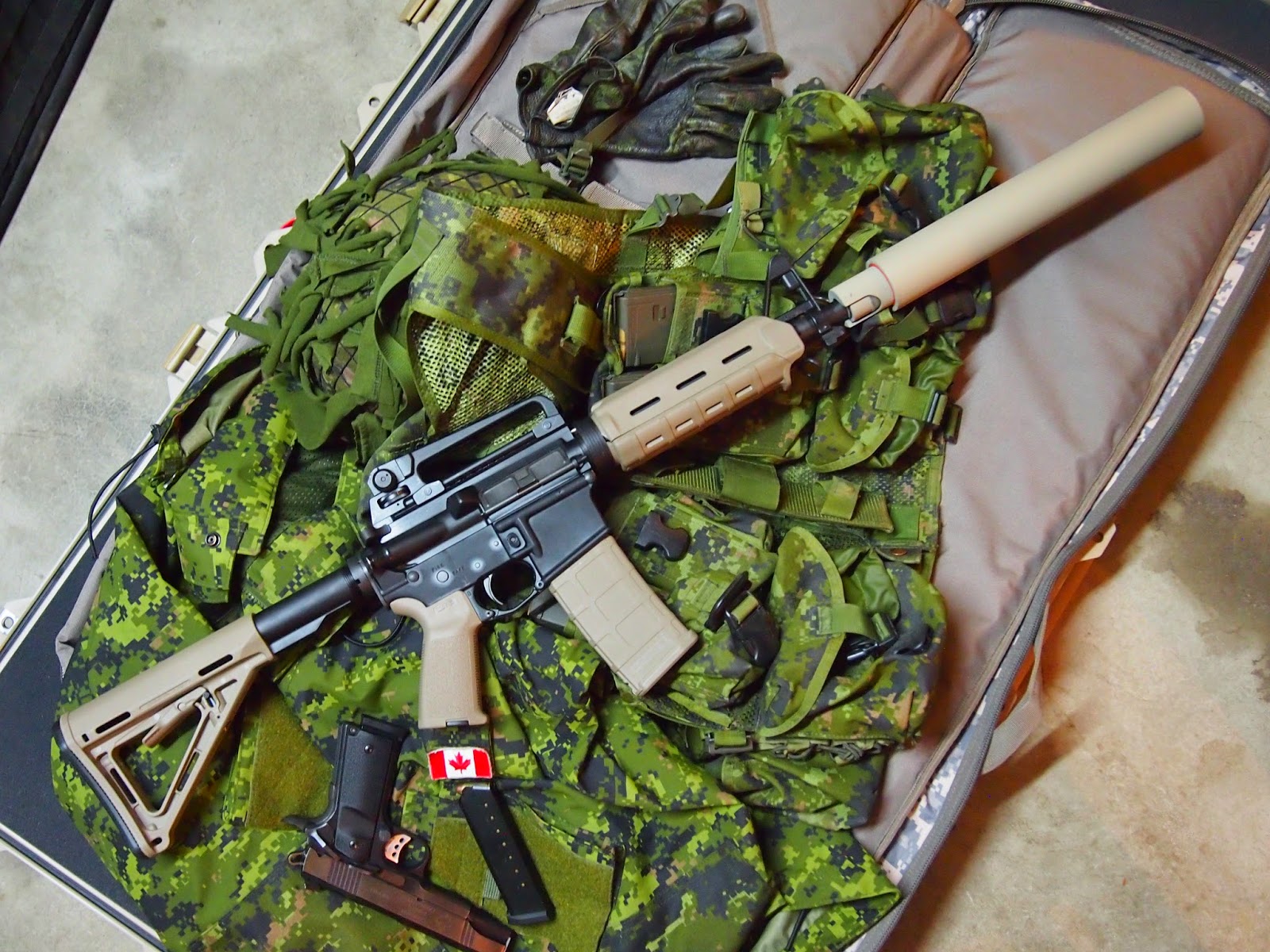 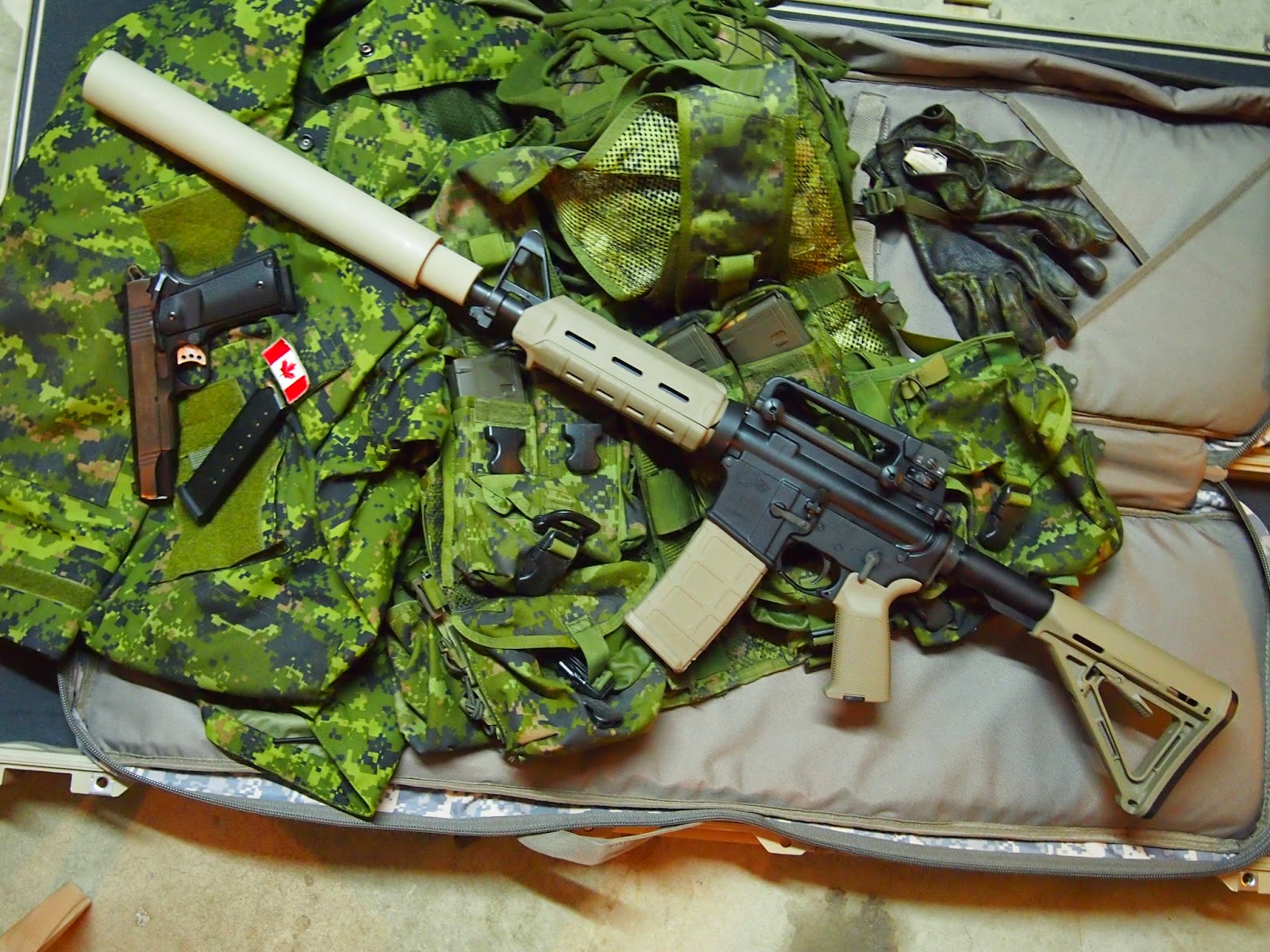 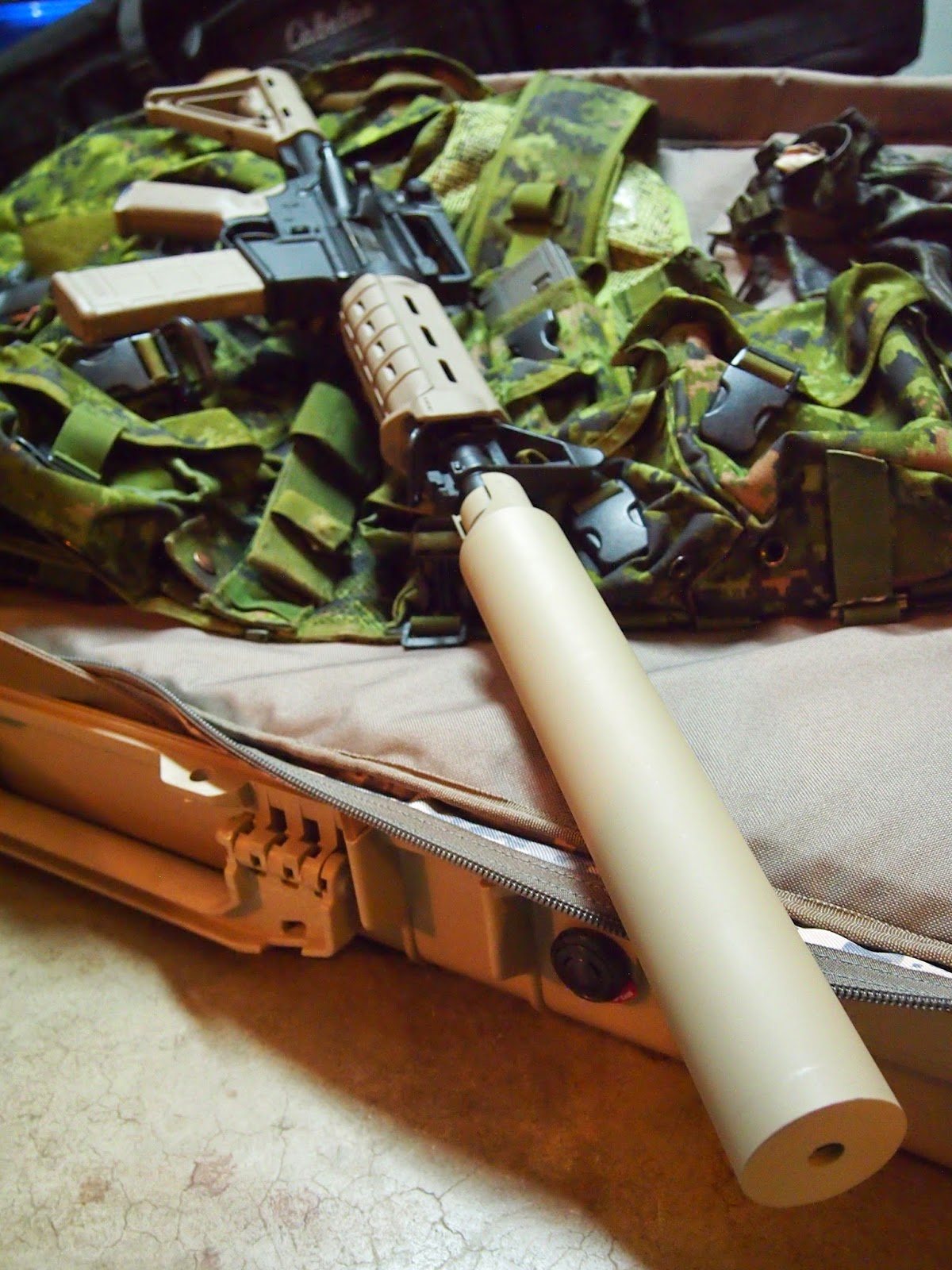 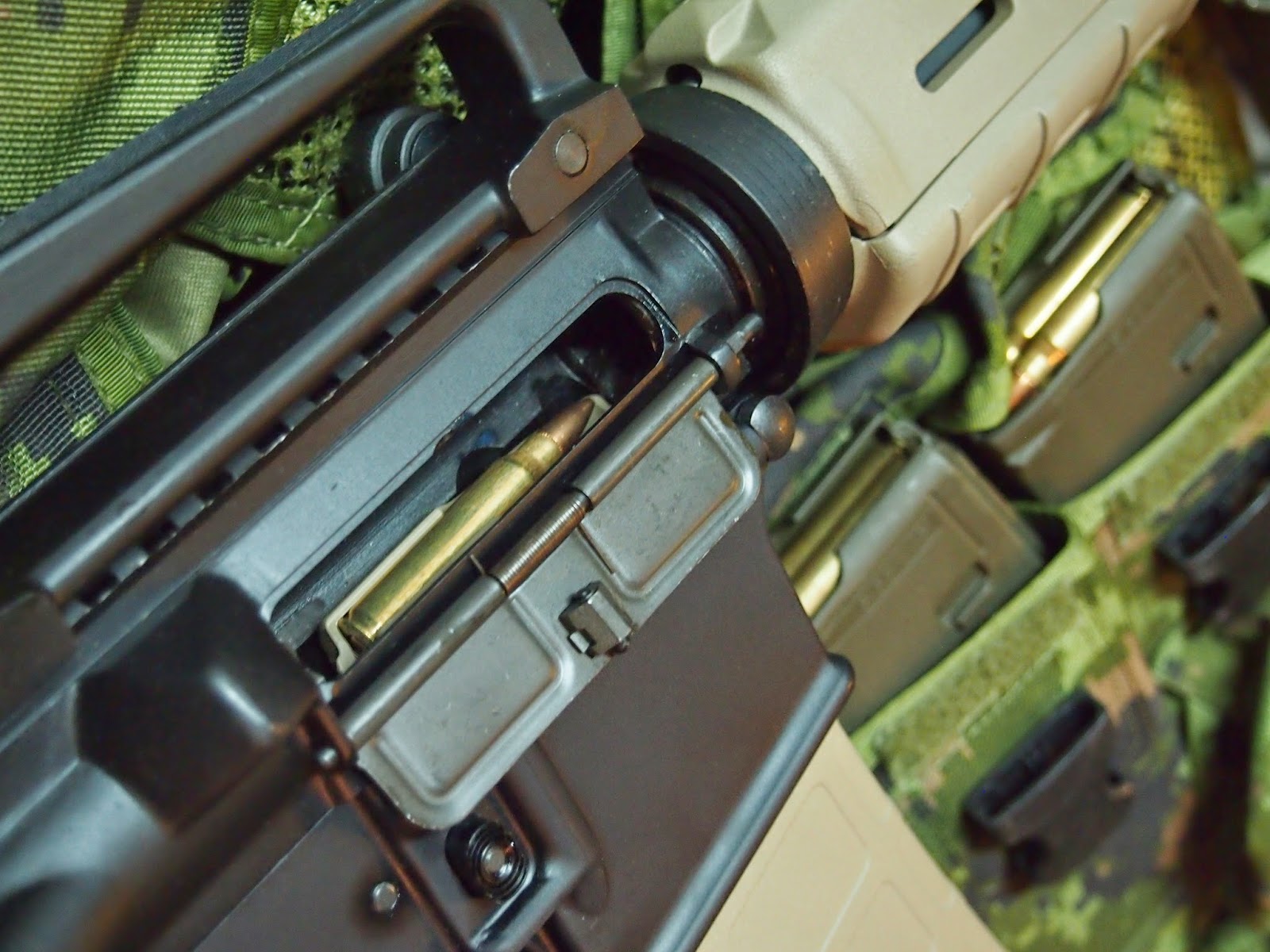 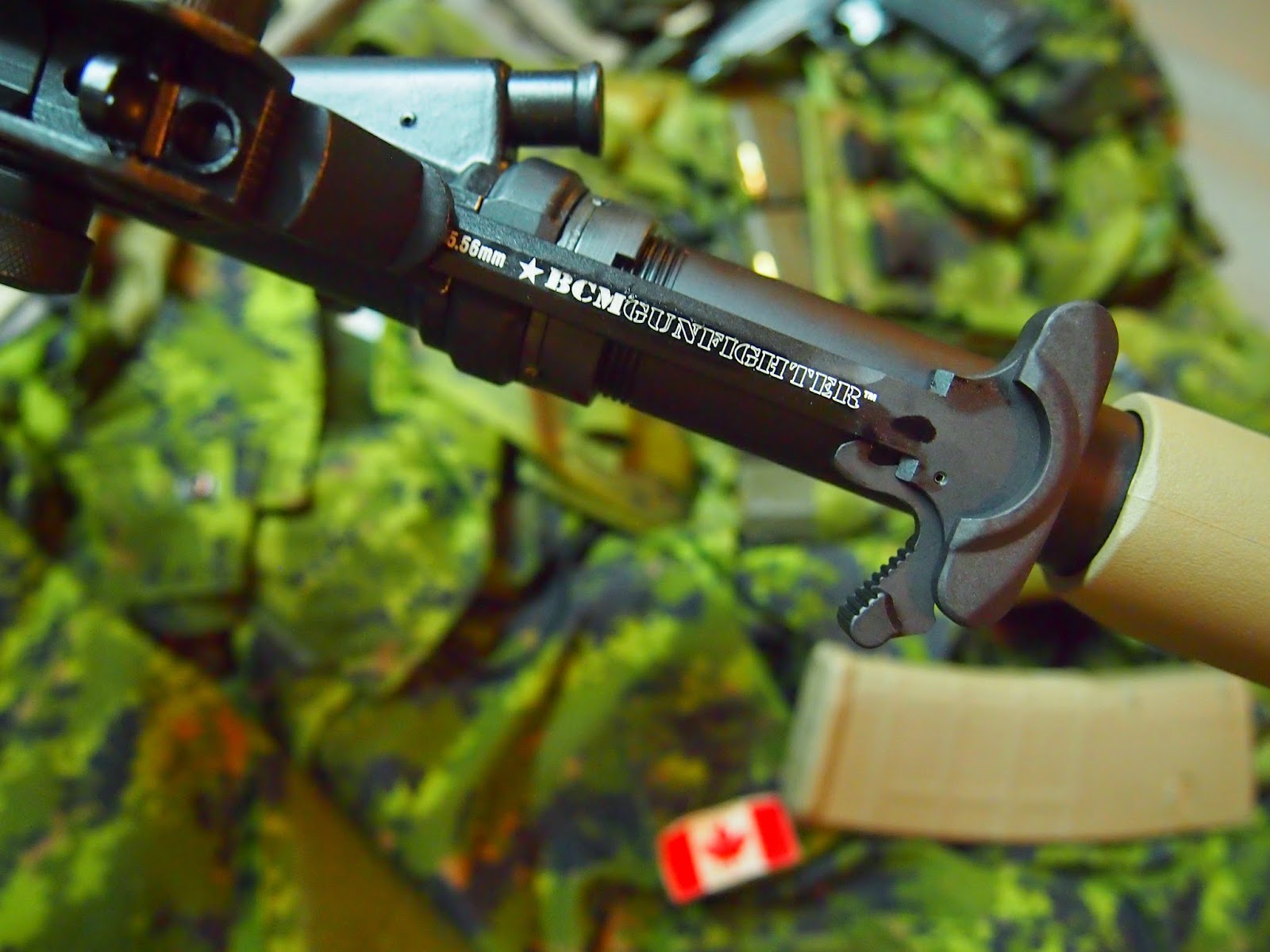 This is pretty much the only major modification I've done to my new LE6920, other than that, it's pretty much stock. 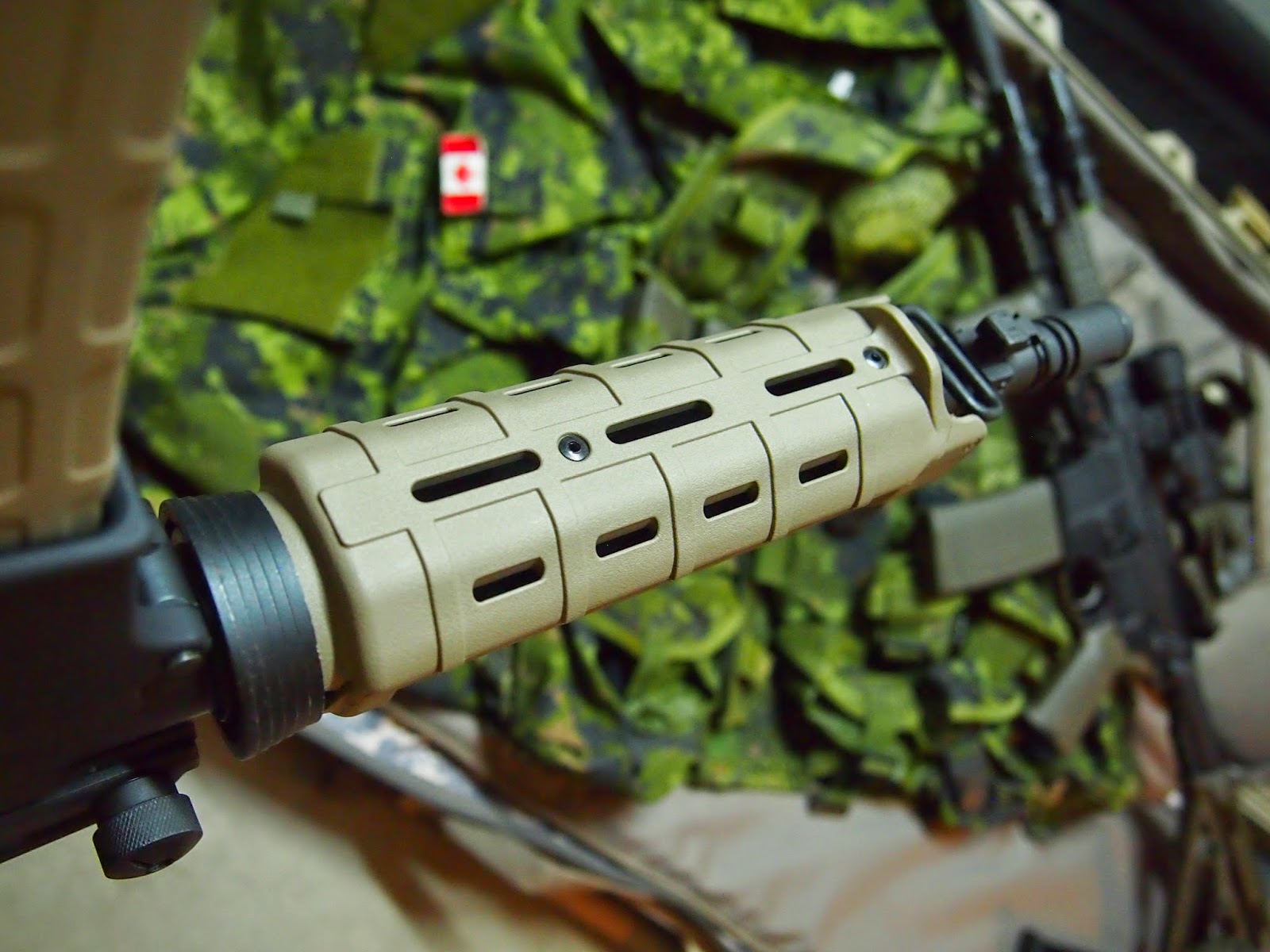 I used to have an intense love for all things railed, and wanted to add rails to every firearm I owned, but I was told I'd grow out of that phase, and though I still appreciate having rails on some of my toys, I can understand that simplicty can be heaven and the simple ergonomics of the Magpul handguard is bliss.  It's light, it feels comfortable, and it's not an eyesore.  The design was perfectly thought out and executed.  The fit and finish is flawless, and this is one AR that probably won't see too many rails, excluding the flat top upper.  I'm even considering just leaving the carrying handle on it and shooting this one with iron sights. 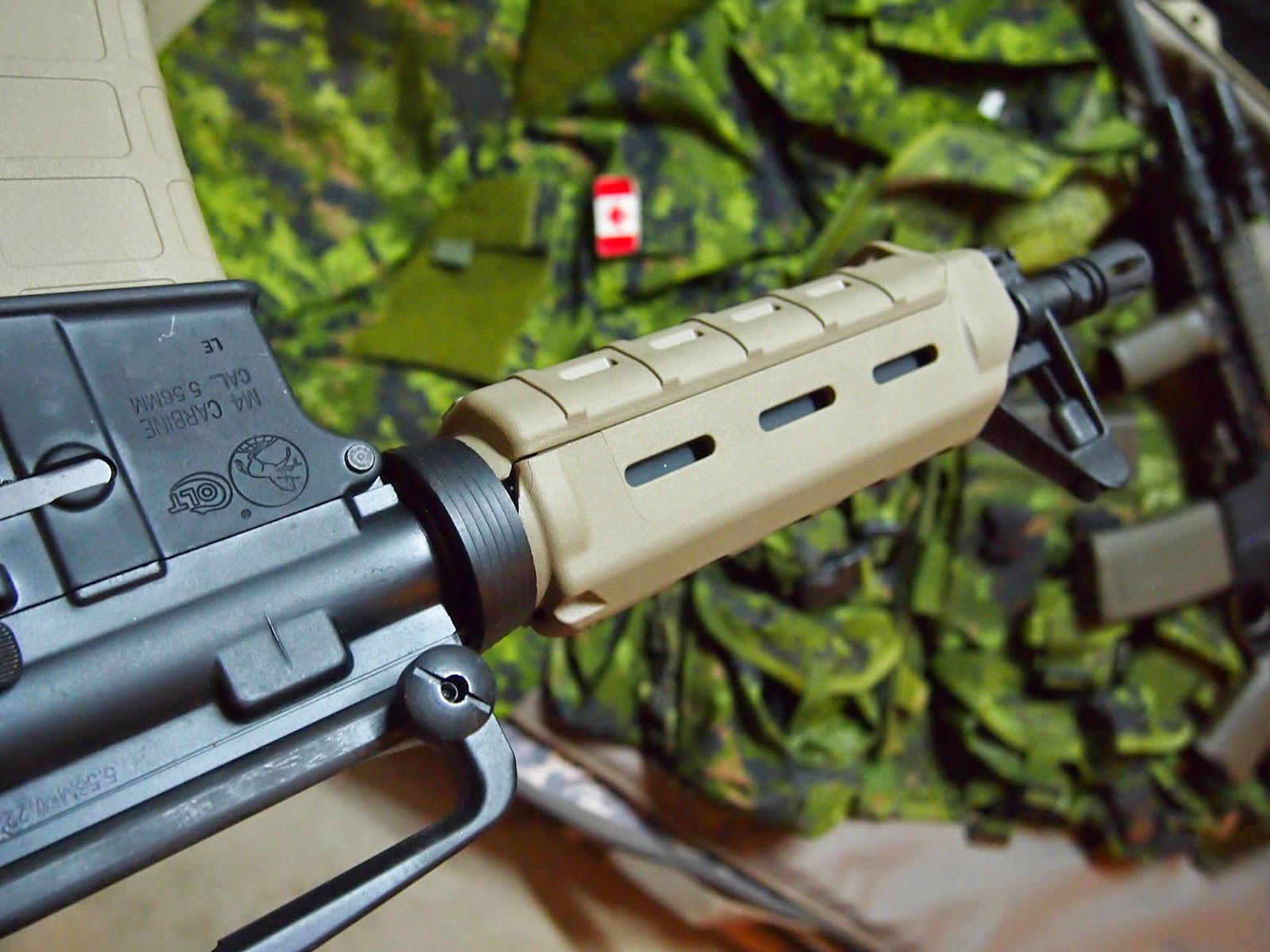 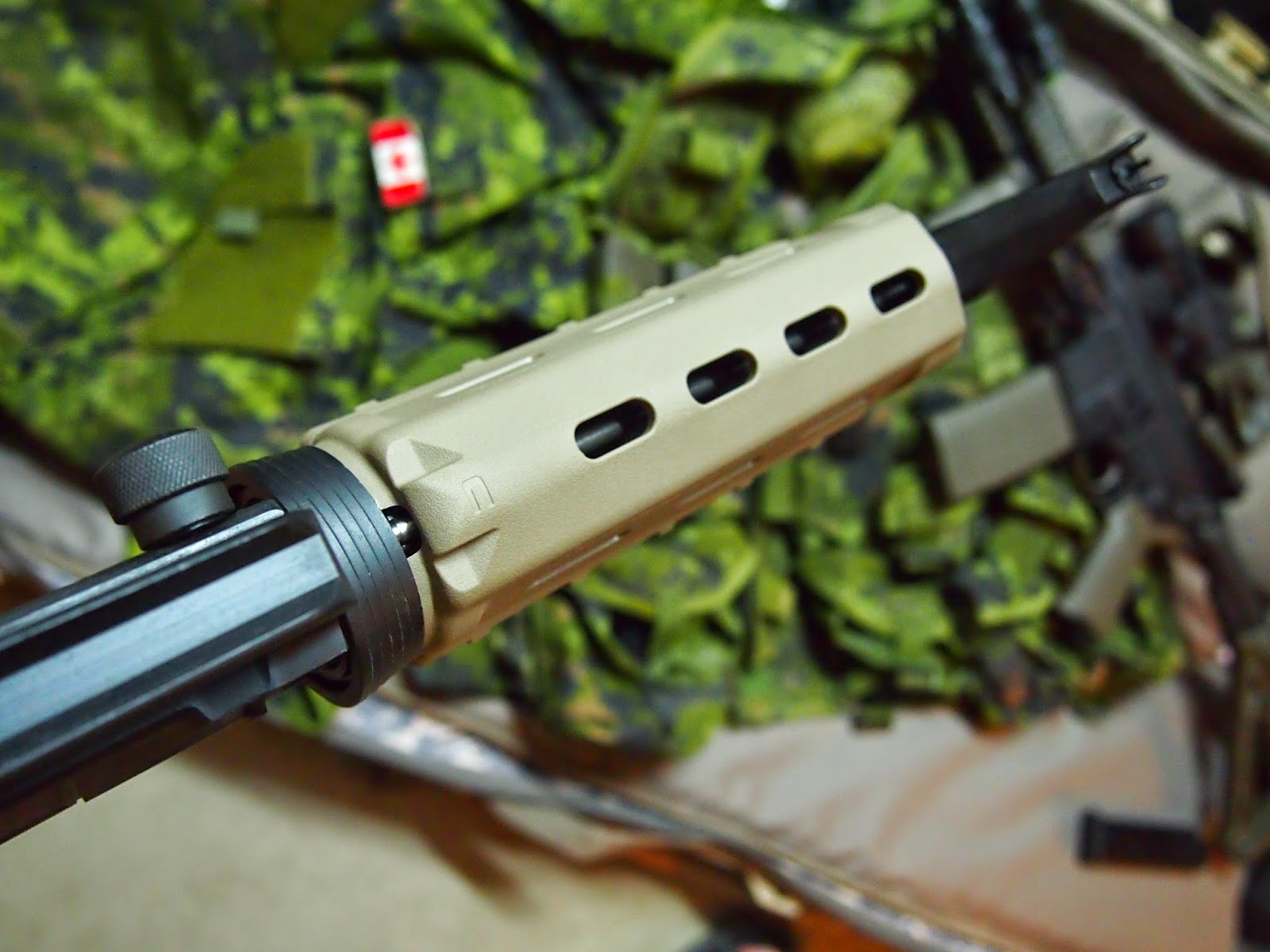 Here are a couple of more shots of my newest toy with my C8 wannabe. 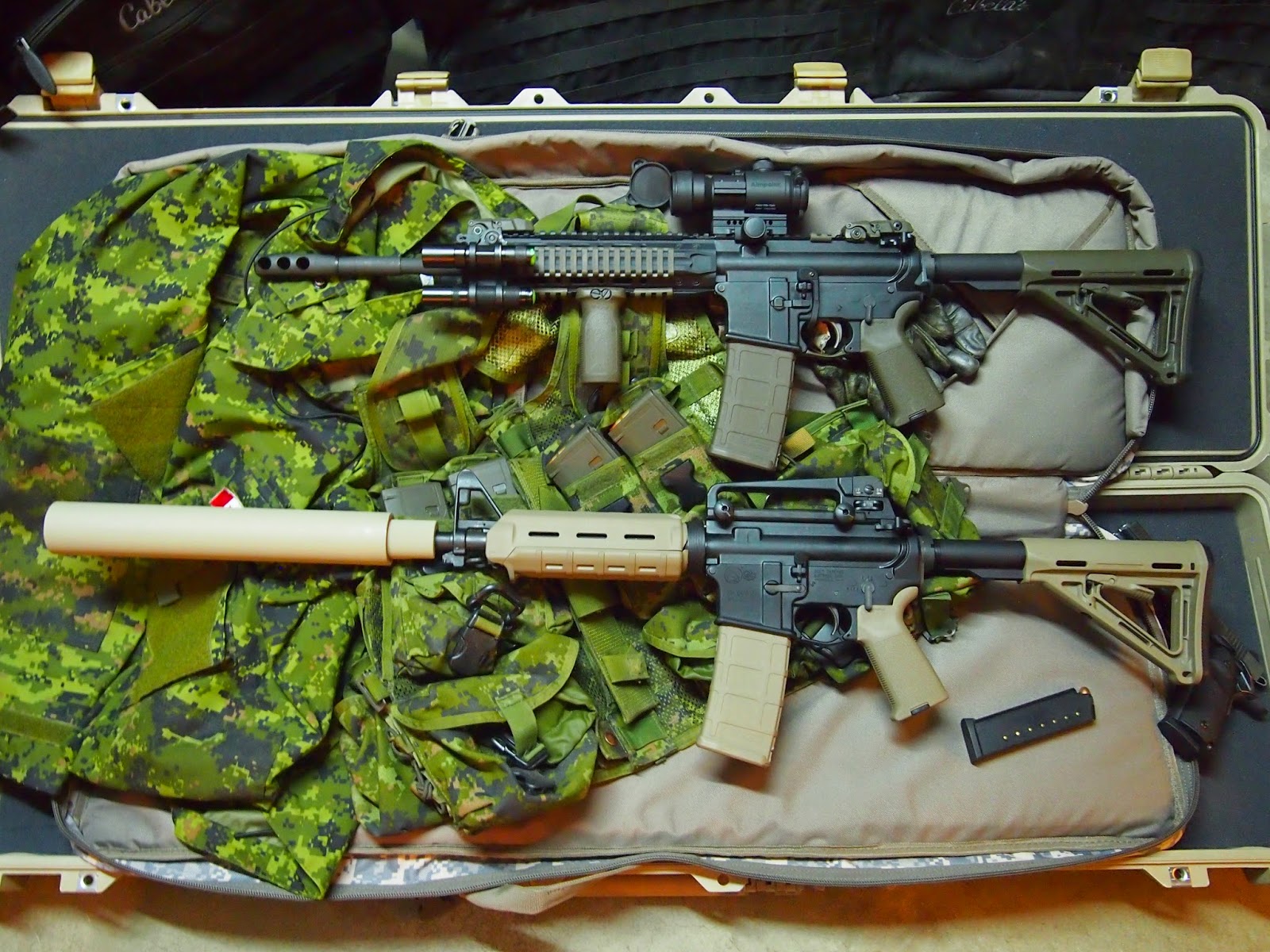 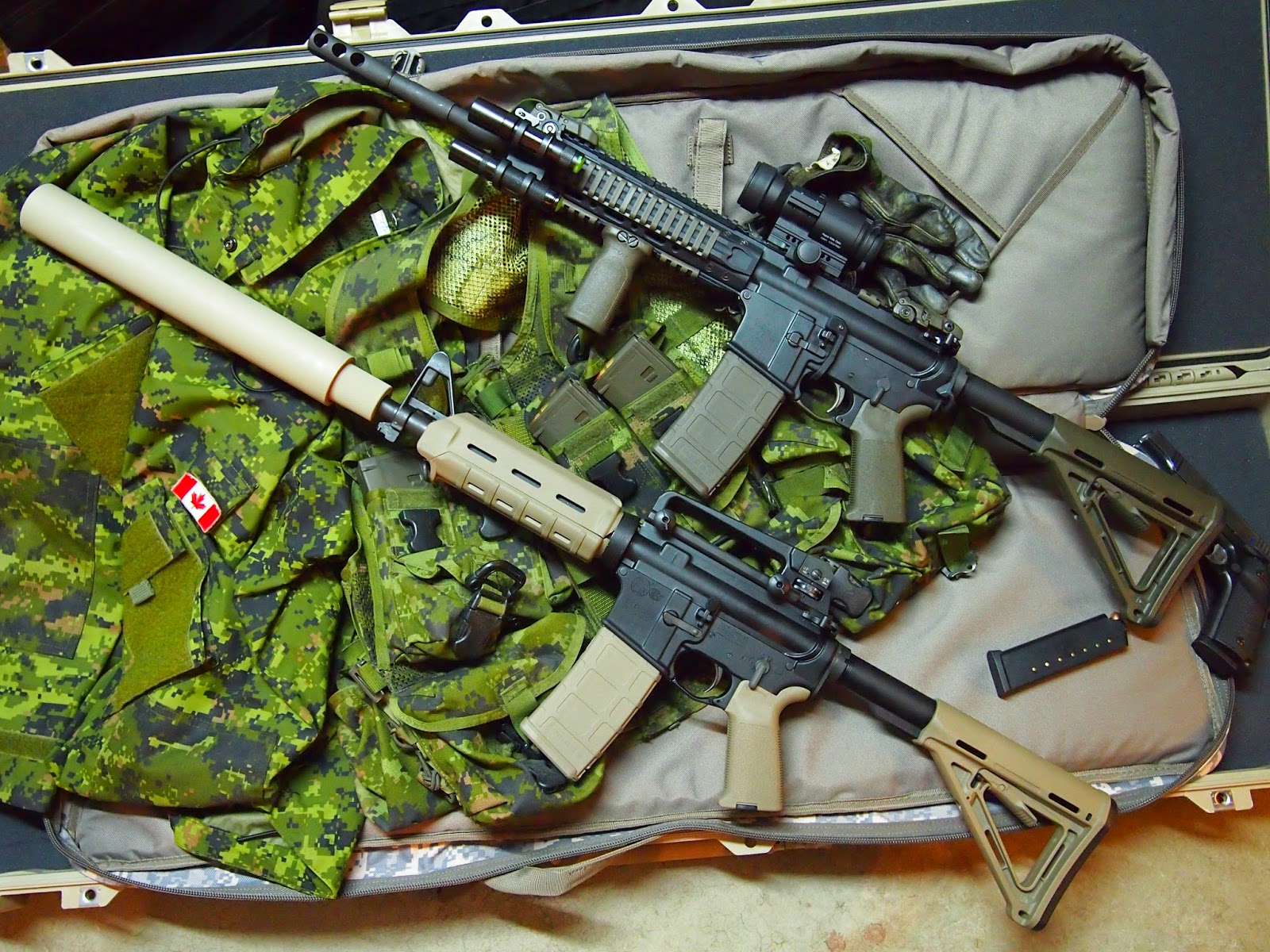 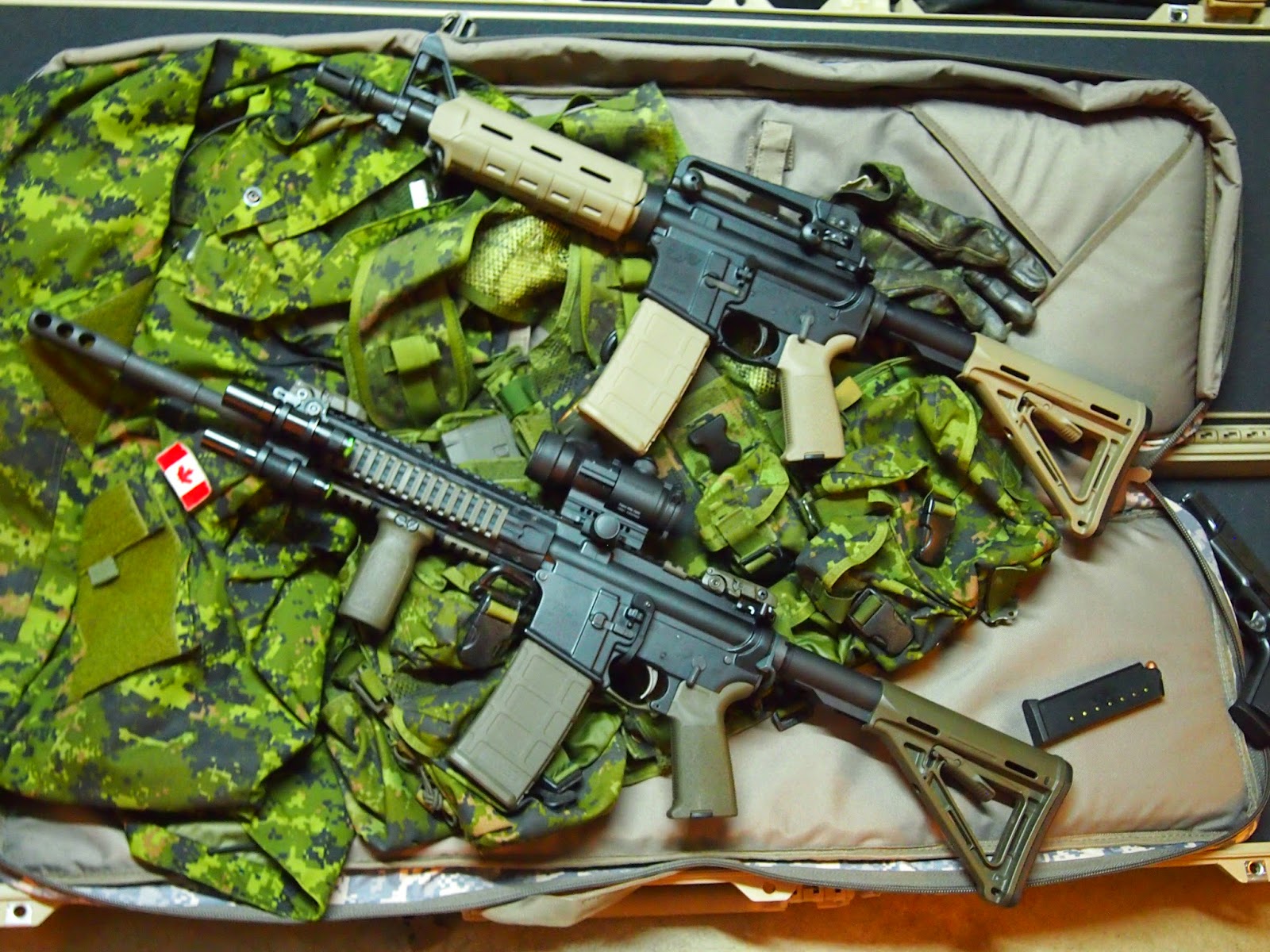