I started rummaging through my spare parts bin and dug through my bag of A2 grips, trying to figure out the differences between DPMS, Colt, Daniel Defence, Armalite and CMMG, and to be honest, I could hardly tell any of them apart.  Some of them were shinier than others, but that's about all I could detect.  The Diemaco ones are D marked inside, and that's the only one I can actually tell apart. 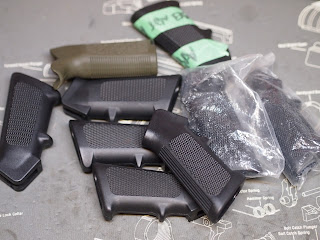 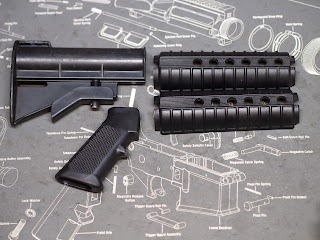 So I pulled one out to work on and threw it in the pile of stuff I was going to paint today - Skinny hand guards and my N1 (grade 4, sloshed around in a LAV etc) stock. 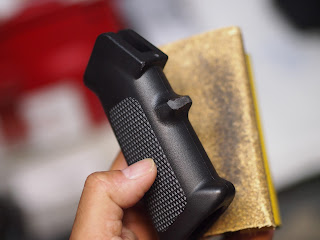 I also remembered from one of Garand Thumb's latest videos titled "Military M4 vs High End Civilian AR15" where he mentions sanding down the finger bump in his A2 grips.  I've got a few A1 grips, and I wasn't intentionally trying to turn an A2 grip into an A1 grip, but I do prefer the feel of the A1 grip, largely because it was missing the bump.  Since I had so many A2 grips, I decided to experiment a little and try what Flannel Daddy does - sand off the bump. 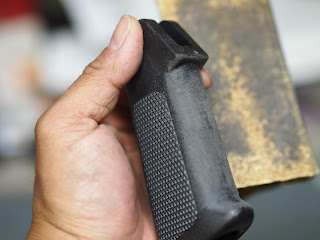 I started off with pretty rough grit paper, I think it was 60 grit, and even then it took a while and it certainly didn't look pretty. 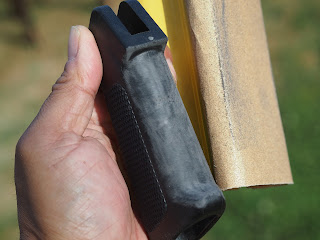 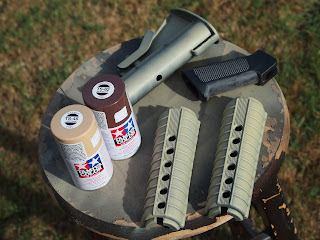 I was also experimenting with paint and wanted to try some Tamiya paint colors.  From my experience, Tamiya spray paint produced very thin coats of paint and when I finally do up my CANSOFCOM clone, the paint won't fill in the shallow engraving I had done on it. 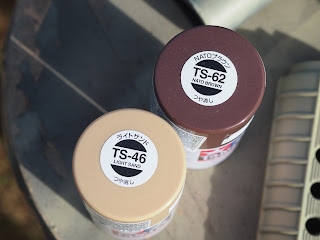 These two colors actually turned out a bit brighter than I'd hoped. 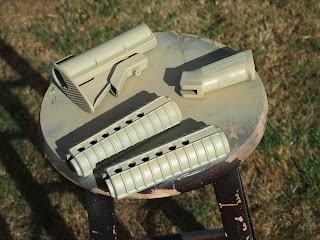 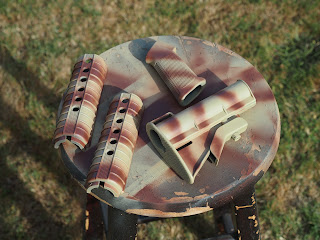 The NATO brown turned out to almost have an orange tinge to it, so I'll have to find something a bit darker for the CANSOFCOM clone.  Or maybe it's just because the paint looks so fresh, it looks a bit too bright?  Anyway, this was never going to be a perfect clone anyway, so I'll see how it turns out after some use. 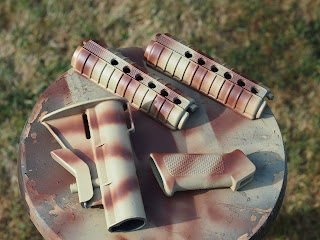 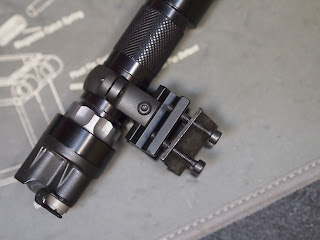 I went by Reliable to visit my pal Hermes and he helped me source a single 1 inch ring for my Surefire.  It's supposed to be a Weaver mount, but beggers can't be choosers, and I'll grab the proper one when I get a chance.  This will at least get the light on the rifle for now. 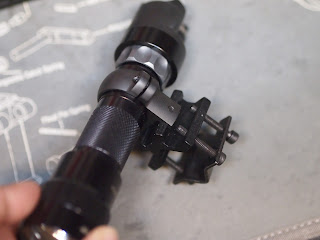 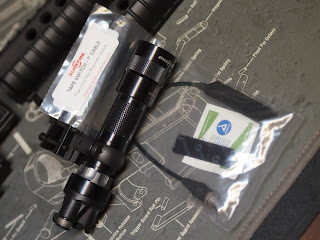 I also dug out the Surefire tape switch for this build. 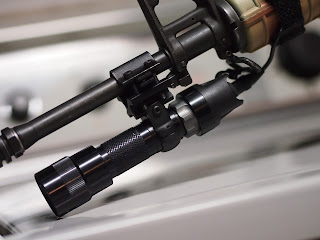 I ended up using spacers for the mount because the barrel profile was so thin, the body of the Surefire contacted the bayonet lug.  It works just fine if the light was mounted on the side, but most pics I've seen have the flash light mounted underneath. 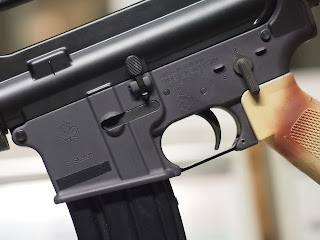 This build is sitting on a Colt Canada lower right now, but I'm short on lowers so I'll eventually try to get a Colt USA M4 lower. 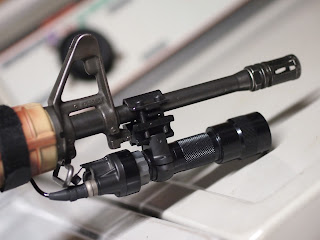 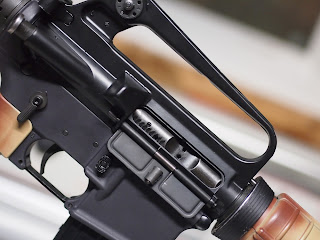 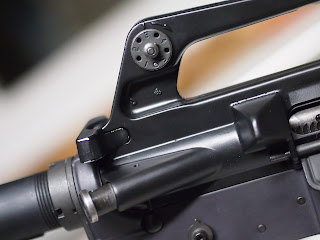 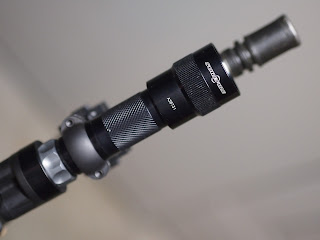 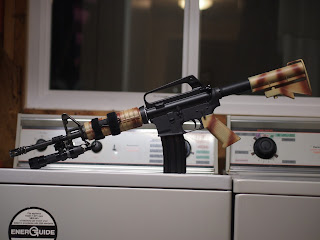 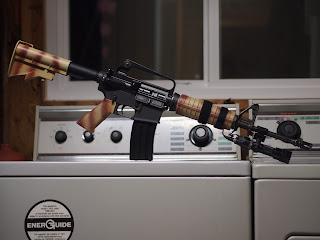 Overall, I'm content with what I've built, despite the paint turning out brighter than I'd like.  I found trying to source the clone correct Aimpoint 3000 or Aimpoint 5000 a bit of a pain, and at times, more money than I'd like to spend for such an old red dot, but I managed to find a cheap Aimpoint 9000 for now.  When it arrives, I'll throw it on, see how it looks and if I can get away with it.

That's it for now.