I was having a bit of an issue with my Norinco M14 where it would either not pass the function test after cleaning (sear wouldn't catch, therefore if shot, would go into full auto), or the trigger would hang up and get stuck.  I would squeeze the trigger, take up the slack just before it broke, but then if I left my finger off the trigger, it would just stay in position.  Other times, I would just squeeze, it would stay but not drop the hammer.  I'd then have to reef on it just to get it to break. 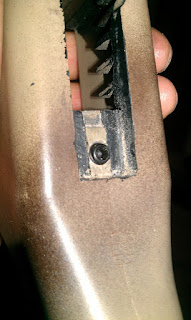 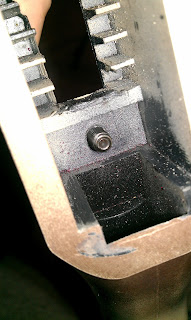 Anyway, my pal Jay fixed my M14 by installing a set-screw into the stock where the trigger group would sit on top of.  He got the idea from his Troy Industries Modular Chassis system and basically used the same idea to fix mine.  Once it was possible to adjust the fitment of the trigger group, he got the perfect tension and the M14 was able to operate normally again.  Thanks man!
at July 22, 2012