Shooting in Squamish, BC

My pal Jay and I went out to Squamish and did some shooting.  Since he helped me sort out my issues with my M14, I wanted to try it out and get some practice in some longer distance shooting than what I've sort of gotten used to.  I've been shooting at DVC Indoor Range mostly, which maxes out at 17 yards.  Jay also wanted to try out his Troy Modular Chassis mated to his M14. 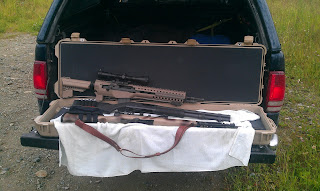 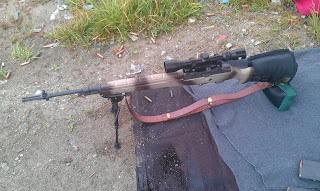 I also wanted to test out how the bipod and the sandbag adds to shooting.  I have to say, it definitely helped my shooting, but I still have a lot to learn.  I watched Magpul Precision Rifle recently and haven't felt that stupid in a very long time.  Let's just say that I was completely lost in the first 15 minutes. 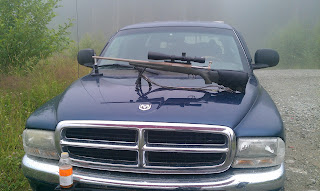 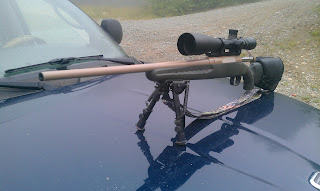 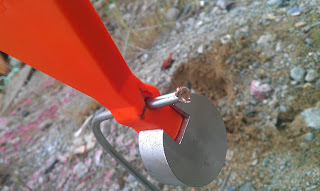 Jay bought a self-healing target.  The foam certainly works, but the metal parts don't, haha!  I nailed the stand with a 7.62 and it just seared right through it.  Unfortunately, this was not an aimed shot, just a fluke. 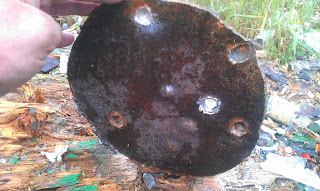 We found this steel plate that someone must have been shooting at.  Not sure what they were shooting, but whatever it was, it didn't penetrate.  My M14 punched a hole in it no problem. 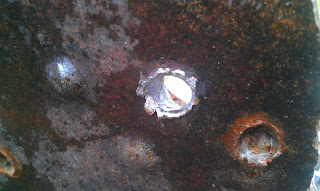 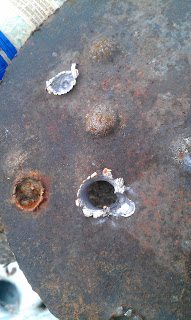 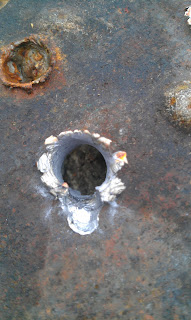 Jay shooting his M14 with the Troy Modular Chassis installed.  He said that it was a little nose heavy, but shoots pretty straight.  That much is clear in this video.

There's all kinds of crap that people leave out there in this part of Squamish, and one particular item was this God forsaken empty milk carton.  We set it up on a log post and I was trying to nail this stupid thing.  I put two mags through it, but it just wouldn't fall.  It didn't even move.  I was a bit pissed with myself until we walked up to it and found it full of 7.62 holes.  The rounds must have blazed through it so fast that it didn't move.  Later on, I took my 870 to it with 7 1/2 bird/target load, and at least three shells didn't knock it down.  The pellets just went right through it.  I eventually vapourized it, dumping at least ten shells through it....damg you milk jug!
at July 22, 2012